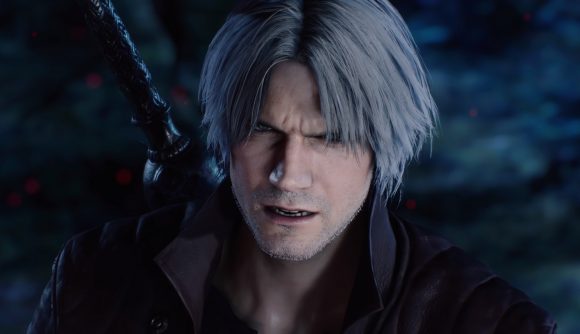 Reuben Langdon – best known as the voice actor behind Dante in Devil May Cry – was the victim of an apparent carjacking attempt while filming a documentary in Guatemala this weekend. The assailant fired a gun at the car, and at least six bullets hit the vehicle. Both Langdon and Steve Copeland – the other person in the car at the time – were uninjured.

In a video posted to Copeland’s Facebook page (noted by ResetEra), the two show the damage done to the car in the aftermath of the attack. Several bullets penetrated the vehicle, and at least one entered the passenger-side seat where Langdon was sitting. At the end of the video, Langdon makes a joking comment about why he’s glad to be uninjured. “I’ve got a Devil May Cry party I’ve got to get to, on the seventh. The game hasn’t launched yet. You’ve gotta see my masterful performance.”

Langdon posted a photo to Twitter of the apparent remains of a bullet, with a similarly jovial message: “So glad I had my bulletproof coffee this morning!”

Dante is voiced by Langdon through most of the series, including the upcoming Devil May Cry 5, and has sometimes provided motion capture for Dante, as well. Langdon has also voiced characters like Street Fighter’s Ken.

His most prolific credits, however, are as a stuntman – he’s done stunts for everything from Power Rangers to Ant-Man.

The documentary he’s involved with in Guatemala is called Vision of the Ages – a follow-up to Shift of the Ages, which featured Mayan leaders discussing the nature of the people’s beliefs and prophecies in the wake of the doomsday predictions which circulated in 2012.