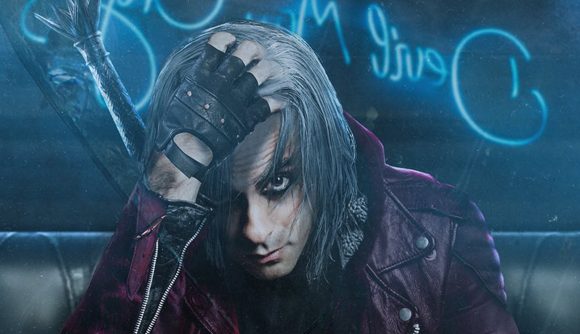 A Devil May Cry TV series is on the way courtesy of Netflix Castlevania producer Adi Shankar. Details are scarce, but the show will apparently “join Castlevania in what we’re now calling the bootleg multiverse.” Exactly what that means for DMC’s story, or what form the series will take or even where it’ll be aired are up in the air for now.

Shankar says “I’ve acquired these rights myself so that the jabronis in Hollywood can’t fuck this one up too.” He says this in full white face paint with a star over one eye. That’s also him in the image above – he’s probably not actually playing Dante in the show, but at this point who knows.

Seriously, if you haven’t seen an interview with Shankar before, go to IGN and take a look at the video of his comments here. He’s a heck of a personality. Shankar also adds that Castlevania “really over-performed. It did crazy well. We immediately got greenlit for season 3.” Castlevania made a widely acclaimed debut on Netflix last year, and the latest season released just a few weeks ago has garnered even more praise.

The Devil May Cry 5 release date is set for March, and hopefully that means we’ll hear more about the new show around that launch. Either way, it’s an exciting time for Devil May Cry fans.