What, I ask you, are videogames for if not for wailing on demons? Sure, there are great strategy games and sims and narrative experiences, but videogames must always eventually revert to the mean of punching demons in their demon faces. And this week, we’ll get to do exactly that in Devil’s Hunt.

It’s a game based on Polish author Paweł Leśniak’s novel Equilibrium, and it casts players as a man named Desmond who is caught in the eternal battle between Heaven and Hell. Both places turn out to be rather swish-looking executive suites, but the space between them is full of angels and demons to beat the snot out of.

There are hints of Todd McFarlane’s Spawn character in the plot, as Desmond sets things off by falling into the pits of Hell, only to be drawn into the biblical war going on between the angels and demons. It’s also got a hint of Bayonetta, of course, although so far I haven’t seen any fights with giant inverted statue heads with seraphic wings.

The important thing in Devil’s Hunt is that there are demons and you hit them. Here, have a look at the ‘Savior’ trailer: 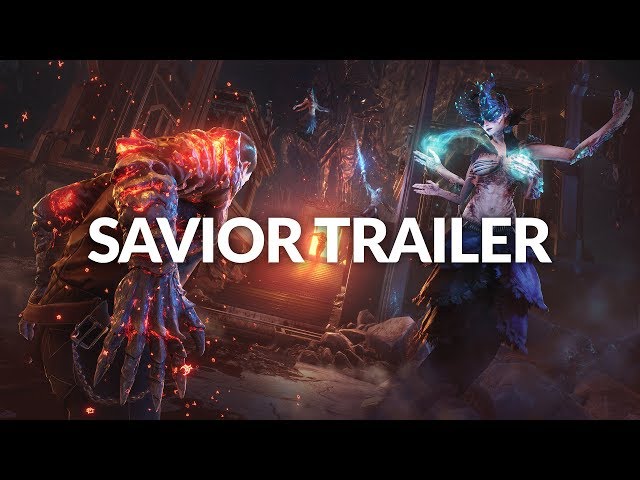 As Desmond amasses more angelic and demonic powers, he finds his own humanity slipping away, which I would say is a pretty fair trade. But Desmond’s true role in the conflict only becomes apparent in time, and after hitting a lot of demons.

Devil’s Hunt comes comes out September 17, which is when you can begin hitting demons (and angels, sure) yourself. It looks like a good old time if you ask me. You can find it on Steam and GOG.