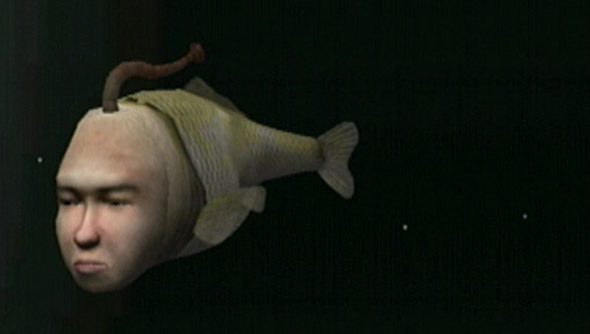 There are many things that make fondly remembering Sega’s final console, the Dreamcast, very easy. It was a little bit weird, as consoles go, and nowhere is that more encapsulated than in Seaman.

A fish with the face of a man and, in the English version, the voice of Leonard Nimoy, the eponymous Seaman was a digital pet that spouted trivia, philosophy and insults and required attention in the form of chats, where players used the mic that came with the game to converse with the aquatic anomaly.

Fork Parker, head honcho over at Devolver Digital, has been talking about dredging the ocean for a new game on PC and mobile devices.

On December 30th, Parker tested the waters on Twitter by asking Sega for the license, and the next day got in touch with producer Yoot Saito, who also lends his face to Seaman.

Hey @SEGA please let us nerds at @DevolverDigital have the license to create a new Seaman game. Pretty please. pic.twitter.com/pSw3JFfJtr

Saito’s interest seems to have been piqued, and he asked about platforms.

“Everybody be cool,” Parker wrote. “I’m trying to make a new Seaman game happen on Twitter.”

A Christmas spin-off and PlayStation 2 remake came out in Japan, but never made it west, and a planned PC version was eventually canned. So it’s been a while since the slippery fellow graced us with his presence.

If Seaman is returning, I’m going to have to hold off on getting a new pet.