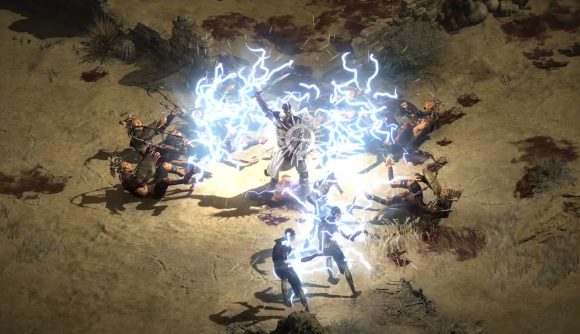 It’s been more than 24 hours since Diablo II: Resurrected launched, and it seems it’s still plagued by server issues. Some players can’t access their characters, finding they have either disappeared or that they are locked out. Others can’t launch the RPG game at all. Blizzard says it’s keeping a close eye on developments and has identified a workaround for at least one of the most common issues.

For players who have found that their offline Diablo II: Resurrected characters have disappeared, Blizzard says it’s currently working on a fix to make sure this stops happening. However, in the meantime, the developer cautions players to make sure to use different names for online and offline characters, as that appears to be related to this particular bug.

If your character has been locked out, Blizzard says to hang tight: “Many of these characters are already in the process of being unlocked,” the studio writes in the latest update. “We anticipate this process will take a few hours to complete.”

Some Diablo II: Resurrected are also having problems related to AVX instructions, which are preventing these players from launching the game at all. Blizzard says it’s “exploring” this issue too, but has nothing specific to share about a fix yet.

As things stand, that’s the official statement on just about all of Diablo II: Resurrected’s issues: Blizzard’s position right now is basically, “sit tight, we’ll let you know when we know more.”

With the weekend about to kick off, there are probably lots more players eager to dive into Diablo II: Resurrected, so hopefully Blizzard will get this worked out promptly.