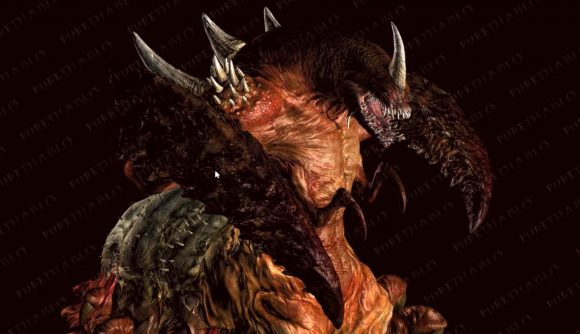 Monsters in Diablo 2: Resurrected have a big advantage over the original versions. In the remastered version of the classic RPG game, enemies (and everyone else) are full 3D models rather than 2D sprites, and they’re ready for their 4K closeup. That’s right, you’ll be able to look at all the hairs in their horrible little nostrils to your heart’s content when the Diablo 2: Remastered release date rolls around later this year.

Fan site PureDiablo has collected and uploaded a selection of animation cycles for Diablo 2: Resurrected’s roster of creeps, and they’re good fun to look at. Like the art WoWhead has mined and shared, these animations and models show off just how much interpretation Blizzard’s artists have had to do to bring a 20-year-old game into the present day.

What was hinted at in the original, tiny sprites now needs to be made to be explicit. The look of the wispy hairs and musculature on the goatmen, the precise position of Griswold’s bloated tongue, what a quillrat’s face actually looks like – all of these are decisions artists had to make in order to update the bestiary for Diablo 2: Resurrected.

Here’s part 1 – check out Duriel, he looks like he just told a dad joke and is waiting for you to get it and laugh: 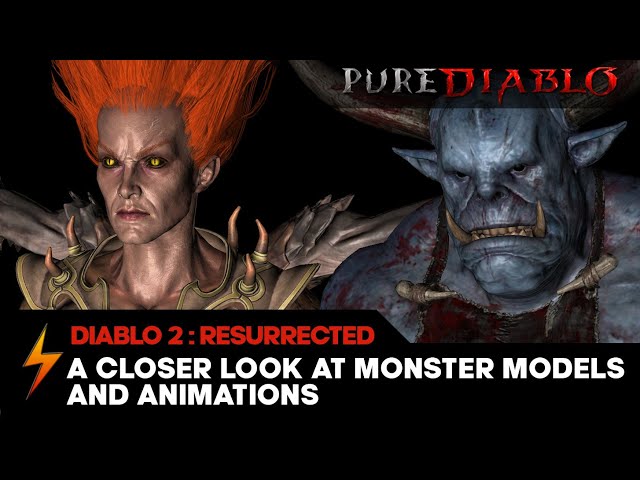 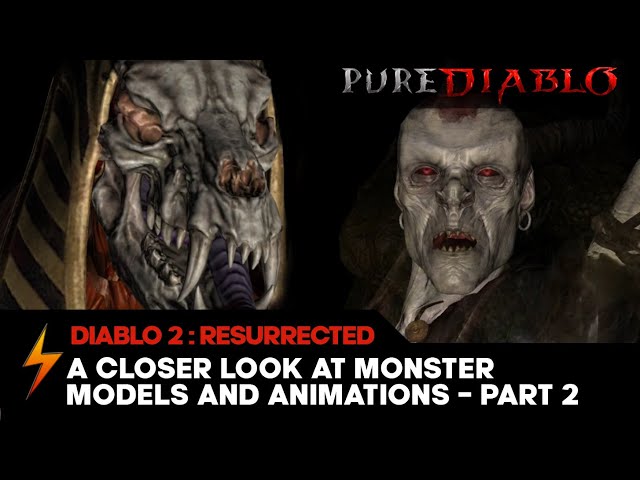 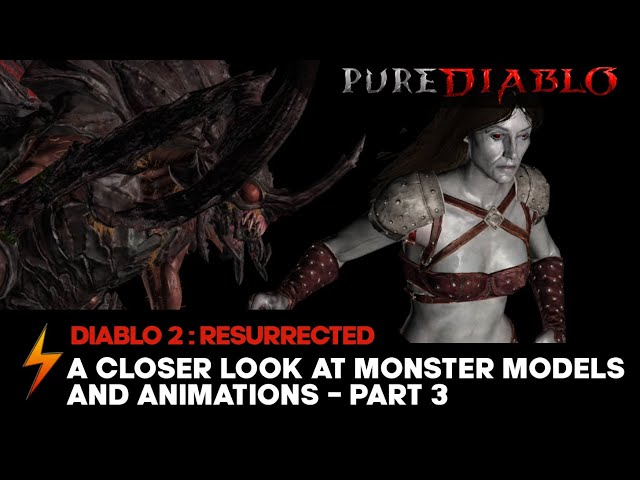 Bear in mind while looking at this nasty crew that you aren’t going to be all that close to them while actually playing the game – these are Diablo enemies, remember, so they’ll be scattered all over the screen in that trademark isometric perspective. So these models don’t need to look like they would for, say, Metro Exodus or something – they have way more detail as they are than they’ll need to look good in Resurrected.