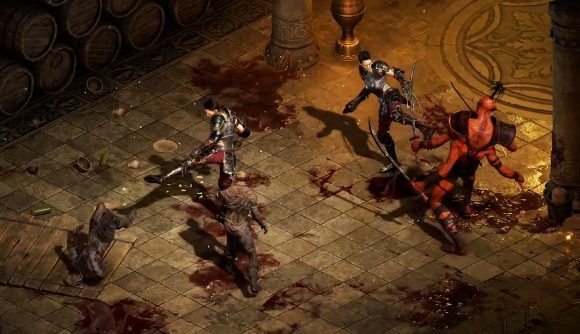 One of the biggest changes coming to the PTR in the patch is the individualisation of casting cooldowns. The developers explain that using a skill that has a casting delay “will no longer add the cooldown to all other skills that have Casting Delays.” The idea here is to “allow players to use more varieties of skills and promote more gameplay.” The net result should be significantly faster casting in the field.

Each Diablo II: Resurrected character class has seen adjustments to their skills as well. The Diablo team has approached this change pass with an eye to adding buffs to underused skills, rather than making nerfs to anything they saw as overpowered. So expect to have more solid options when it comes to Diablo II: Resurrected’s most demanding content.

There are some other changes of note: the mercenaries you hire in Expansion mode have gotten some attention. Across the board, they’ll always match your level when you hire them now, rather than being some random number of levels above or below your character’s. The Iron Wolf and Desert Mercenary should be more viable at higher difficulty levels now.

The patch will add – or rather, enable for the first time – two rune words, Plague and Pattern. Blizzard says these had been present in the game data, but had never been turned on. For this patch, they’re re-enabling those runes and making some adjustments to others to fill out their completed stats.

The patch also adds four new Horadric Cube recipes, makes some changes to set item bonuses, and have bumped up the monster level for most areas in Hell difficulty.

You can read the full patch notes here. To participate in the PTR, open the Battle.net app and find the Diablo II: Resurrected entry. Find the drop-down menu located directly above the ‘play’ or ‘install’ button, and from that select ‘PTR: Diablo II: Resurrected.’ Then click install to download the PTR. The 2.4 update will be available January 25.