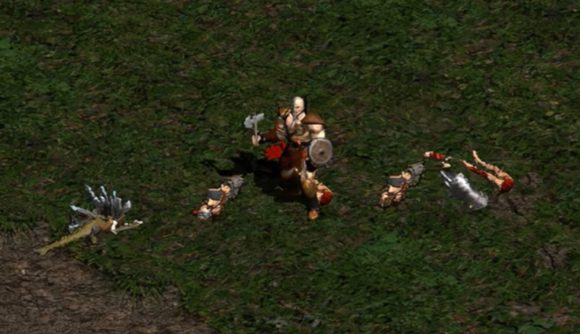 Diablo 2 is an old game. Yes, you don’t actually need me to tell you that, but in your nostalgia you might’ve forgotten that the original was hard capped at 640×480 and 25fps. Standard mods can’t really fix the fundamental issues there, and short of a full remake – which Blizzard has been notably reticent to commit to – those problems aren’t going to be addressed. But that hasn’t stopped fans from imagining how it might look.

A video from Michael Reznor on YouTube takes 16 minutes of gameplay footage from Diablo 2, and uses neural network AI upscaling techniques and motion interpolation techniques to get that footage running at 4K and 60fps. This is not a playable mod, but it does give us a fabulous-looking taste of what a more substantial remake might look like.

Diablo 2 got pushed to 800×600 by its expansion, but that’s the extent of official upgrades. The game’s 25fps cap is an even bigger problem for modern players, since it ensures that all mouse movement is far more stuttery than you’re used to, and there’s no way to increase the frame rate without also increasing the game speed.

For now, you’ll need to make due with the lovely footage below. The Diablo 4 release date is still some time away, so for now you’re going to need to get your fill of action RPG games by sticking with the classics. 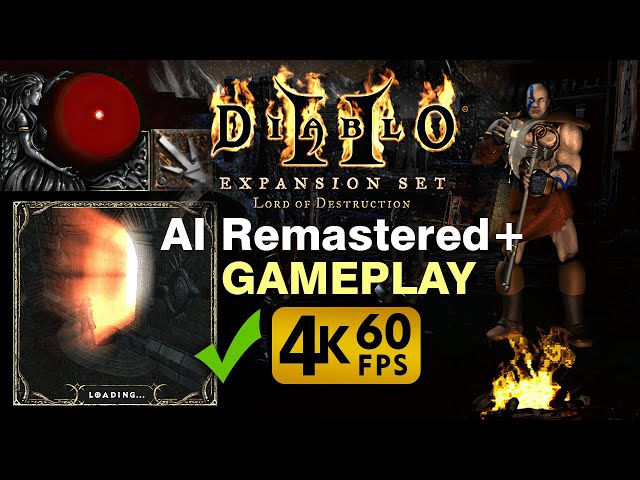 A highly experimental Diablo 2 remaster mod did make the rounds earlier this year, but even that is a limited project and certainly not the modernised D2 experience you’re looking for.