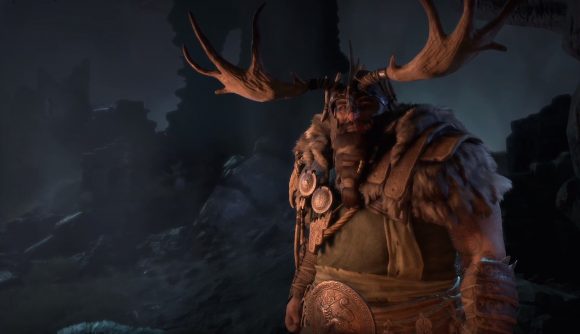 While we finally got to see latest Diablo in action at BlizzCon a month ago, Blizzard has confirmed that the Diablo 4 release date is a long way off. So far off, in fact, that the studio is willing to fully rework some pretty fundamental gameplay systems ahead of release. In a previous blog post that detailed how skill slots would work, the devs also mentioned that some changes were in store for Ancient items after community feedback. Now, it seems Ancient items are going away altogether.

Ancient items, as introduced in Diablo III, are extra-rare variants of legendary items with additional bonus modifiers. While they do provide a reason to keep playing for better loot drops at a high level, many players see them as a boring upgrade for regular legendaries – one that simply asks you to grind more for uninteresting rewards.

Instead, the developers plan to implement a new type of consumable item in Diablo IV. These items will drop “only in the late endgame,” and will let you apply a random legendary affix to any non-legendary item.

Maybe the most notable part of all this is how Blizzard is letting fans in on the design process so early. It looks like we’re going to see a whole lot more of these in-depth rundowns of Diablo IV.