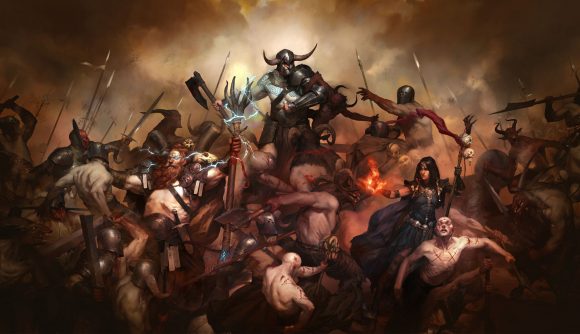 Neither Diablo 4 nor Overwatch 2 are likely to release this year. Parent company Activision-Blizzard says it does not expect either title to arrive before the end of 2021, so adjust your expectation calendars accordingly.

During Activision-Blizzard’s quarterly earnings call today, the company said neither game is scheduled for launch in 2021. While it’s perhaps disappointing, it’s worth noting that in standard Blizzard procedure, the Overwatch 2 release date and Diablo 4 release date have never been announced or even really hinted at – the company has been reluctant to commit to even a vague timeframe on either of the hotly anticipated multiplayer games.

However, we will be learning more about Overwatch 2 and Diablo 4 within a few weeks, as both games are set to feature during this month’s BlizzCon Online, which is scheduled for February 19-20. It’s been a good long while since we heard anything new about either game, and Blizzard promises “something chunky indeed” when it comes to new details about Diablo 4.

Overwatch 2 will also be featured during the show (which is free this year, by the way), but Blizzard has said there’s still “a ways to go” before it’s ready for launch – interpret that as you see fit, given Blizzard’s “when it’s ready” approach to announcing release dates.

During earnings call, Activision Blizzard said it does not expect Overwatch 2 or Diablo 4 to launch in 2021. pic.twitter.com/C2BmDP53JA

During today’s call, Activision said that 2022 will be a “big year” for “Blizzard in particular.”

“We’re happy with how that game is progressing,” he told shareholders.