Gothic architecture drenched in inky darkness, a reinjection of horror, an opening framed around a campfire – Diablo IV, revealed last weekend at BlizzCon, trotted out of the gate with plenty of allusions to Diablo II. The first three classes Blizzard revealed – the Druid, Sorceress, and Barbarian – also come straight out of Diablo II, as does the inclusion of features like rune words and PvP.

Those last two things, in particular, are linked in a fascinating way. Rune words were special items which players could craft using plain common weapons and armour pieces containing a few empty sockets, as well as runes ranging from extremely common to one-in-million drops. Upon finding the correct combination of runes and armour or weapon types, players could create immensely powerful gear rivaling set pieces and unique items. Rune words like the weaponised Breath of the Dying, the health-buffing Heart of the Oak, and Chaos, which imbued the Assassin class with the Barbarian’s Whirlwind ability, all had far-reaching impacts on the game’s PvP scene.

One of them in particular represented a seismic shift in the game’s landscape: Enigma. Made with three runes – Jah, Ith, and Ber – socketed into a piece of chest armor, Enigma made the Sorceress’ Teleport ability accessible to every class in the game.

Enigma’s addition to the game was transformative, and for the better. It took a disparate landscape of imbalanced classes and gave everyone a new tool that allowed them to compete on equal footing for the first time. Diablo IV shouldn’t need Enigma, specifically, but the dramatic before-and-after picture of the face of Diablo II should serve as an inspiring lesson from Blizzard’s past about paths they can tread in the future.

Prior to patch 1.10, which introduced Enigma, Diablo II’s PvP was stagnant. A few classes reigned over all others. Sorceresses had a natural mobility advantage since teleportation was exclusive to them. Paladins could make up some distance with their Charge skill, while Assassins specialising in traps could let their prey come to them, and Amazons could plink away at opponents from several screens away with their bows. It was immensely difficult for anyone else to compete – for the most part, there was little build and class diversity. Enigma quite literally changed the game.

Overnight, the face of Diablo II shifted radically. Many of the rune words introduced were powerful, even vital to certain builds. Chaos, for instance, introduced a never-before-seen build: The Whirlwind Assassin. Enigma was different, though. It wasn’t just a must-have for one build. It was foundational for the majority of non-Sorceresses. Gaining access to teleportation allowed less mobile classes to keep up with Sorceresses, to close the distance on Amazons, to escape the traps of an Assassin. It also ratcheted up the pace of duels as opponents blinked all over the Blood Moor like Dragon Ball Z characters. 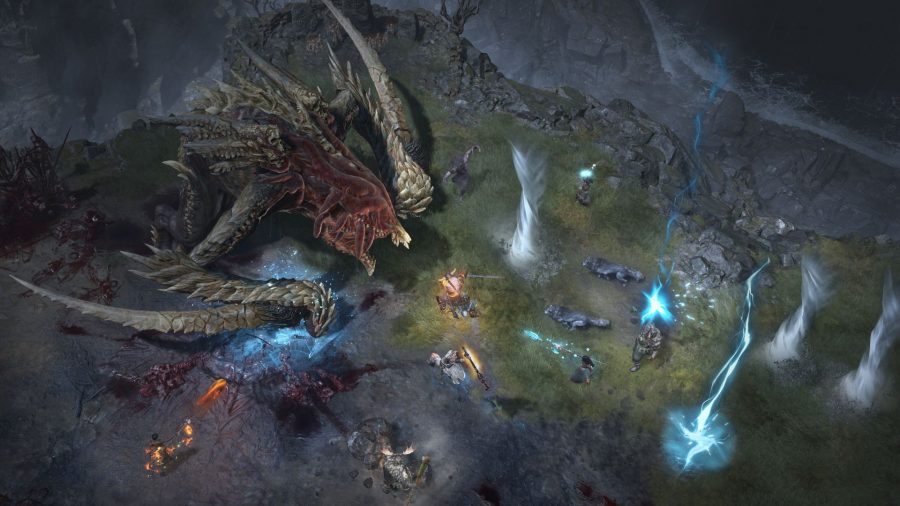 With this great equaliser, the game saw an explosion of diversity in PvP. Existing builds were made viable by this sudden dose of mobility, typically several per class: Elemental, Summoner, and Shapeshifting Druids; Whirlwind, Trap, and Kick Assassins; Fist of the Heavens, Hammer, Charge, and Smite Paladins; Whirlwind and Frenzy Barbarians; Bone and Summoner Necromancers; Javelin and multiple variations of Bow Amazons; and, of course, Sorceresses, who went about their business as usual, more or less. Enigma even enabled entirely new builds as its mobility made abilities viable that had simply never been before, like the Singer Barbarian, who relied on his extremely short-ranged Warcry ability.

One criticism of this extremely potent rune word, however, was that it added a degree of homogeneity to the game. Since the Teleport ability became so vital, most non-Sorceress builds had to use the same piece of chest armour. However, the sheer amount of diversity that flooded forth from the tiny pinprick of homogeneity made for an overall far more equitable game for players of all classes and build-types. It was a small pinch from a needle to vaccinate against the virus of samey builds and classes that dominated the scene prior to the 1.10 patch.

Naturally, one would hope that Blizzard won’t repeat the exact mistake that made Enigma necessary in Diablo II. But with both PvP and rune words confirmed to return, it’s a useful lesson in how to create a successful PvP environment in Diablo IV. The spirit it represents in not only leveling the playing field, but diversifying it too, should be available to all classes.