Wondering how the Diablo 4 skill tree works? The Diablo 4 release date is a long way in the future, but we do have a good indication of how the class skill trees will work when the dungeon crawling role playing game finally arrives.

So far, only three Diablo 4 classes have been announced – the Barbarian, Sorceress, and Druid – with two more launch classes to be confirmed at a later date. Each class has their own skill tree, but you won’t be able to unlock everything in a skill tree with a single character, according to Blizzard’s dev update blog.

Blizzard is “currently aiming for 30~40% of the nodes filled in for endgame, so that players can have very distinct, and different ways they build out their character.” It looks like we can expect an increased emphasis on choosing particular skill branches to explore when customising our character, in contrast to building characters around powerful items and equipment. Here’s how the skill tree will work in Diablo 4.

The Diablo 4 skill tree has been revamped, and is, quite literally, a tree – with active skills in the branches and passive upgrades on the roots, with separate skill points and passive points to spend in each section. The skill section opens up both active skills and upgrades for those skills, while the passive buffs provide general character upgrades. 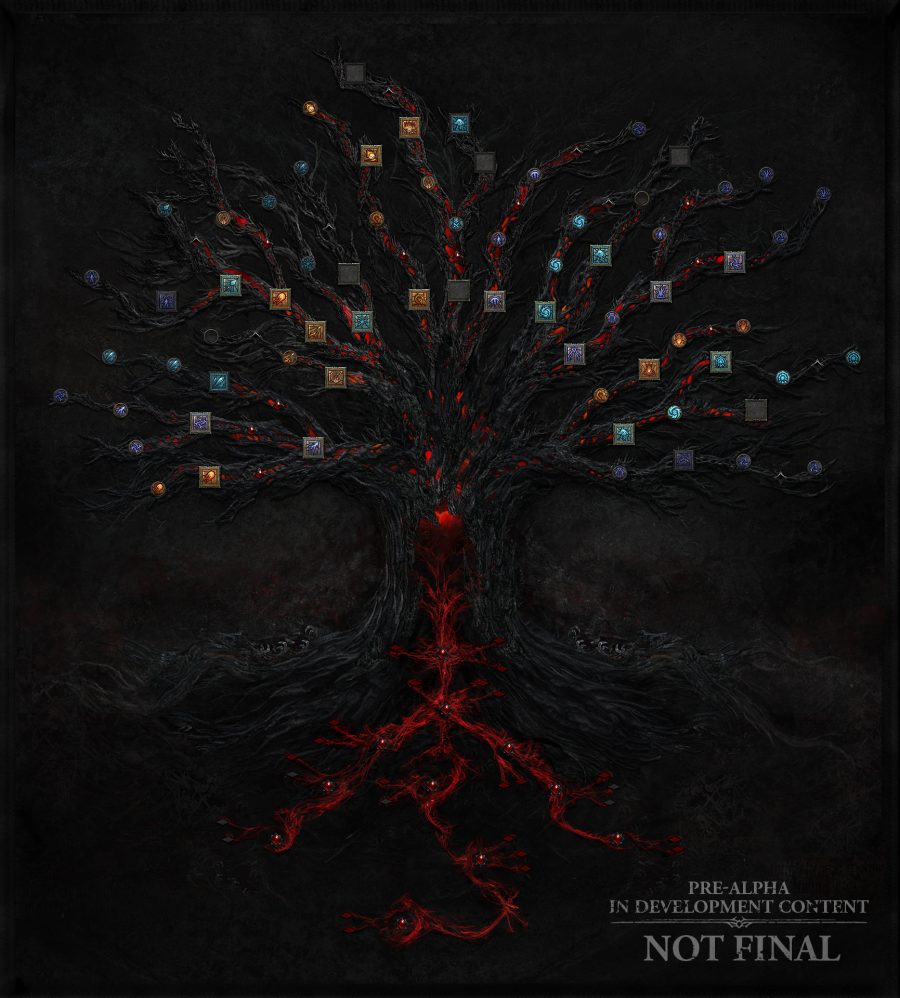 Your character’s stat build also synergises with your skill build to unlock additional effects. Upon leveling up, your character receives – alongside skill points for your class skill tree – points to put into Strength, Intelligence, Dexterity, or Willpower, which grant you bonuses depending on your class.

For example, an upgrade to the ‘Whirlwind’ skill from the ‘Fury’ Barbarian skill tree offers an additional 3% movement speed boost each second while active, stacking up to 15% – if the character reaches the unlock criteria of 150 Dexterity.

Similarly, an upgrade to the ‘Ice Blades’ skill from the ‘Conjuration’ Sorceress skill tree will also grant a buff to the damage dealt by Ice Blades to frozen targets, but only if the character has the required 140 Willpower.

This means you will need to take your stat build into consideration when deciding your skill build, and vice versa – planning in advance how to achieve the maximum benefit from your skill tree choices. 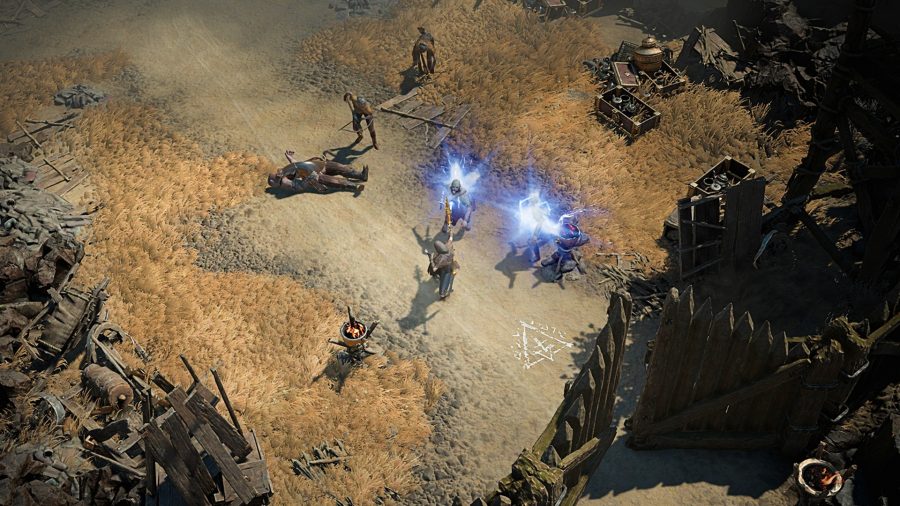 Will you be able to respec your skills in Diablo 4? Yes – an unlimited number of times, but it won’t be free. In Diablo 4’s December 2020 quarterly update, Blizzard explained that they want to encourage experimentation, so initially, respeccing will be easy – but as your character develops, the cost of respeccing will similarly increase, eventually requiring a “significant investment” – the nature of which is currently unknown, but we imagine there will be a substantial resource cost.

That’s everything we know about the Diablo 4 skill tree so far – we’ll keep you posted as we learn more about the game. If you’re hungry for more information, read up on Diablo 4 public events, Diablo 4 monsters, and the Diablo 4 Barbarian skills and talents.