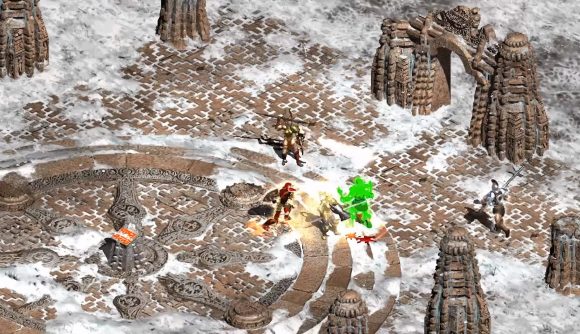 Last week we found out that Blizzard is officially remastering Diablo 2 and that it’s coming out this year. If you don’t fancy the wait, though, then a nifty Diablo 2 fan project is launching its second season of content next month.

Project Diablo 2 is a rework of the original PC game that features tweaks and updates to make it feel more modern. It brings reworked skills and new ones to encourage build diversity, a massive item rebalance, expanded endgame content, and other quality of life improvements. We spoke to the project’s lead previously, who explained the idea is to recreate Diablo 2 as if Blizzard never left it – think of it as a Diablo 2.5, basically.

Much like Path of Exile, the plan here is to launch new seasons at regular intervals, which, in this case, is every four months. Project Diablo 2’s next season is called Transcendence, and it’s getting a closed beta on March 3 before launching March 12. The new season comes with new maps, skills, endgame content, and upscaled graphics. If you’ve played season one, you may recognise changes to the martial arts assassin as it’s getting heavily reworked. Crafting is also being tweaked to make it possible to create many more chase items.

If you’d like to see the patch notes for yourself, you can find them on Project Diablo 2’s Discord. You can catch the trailer for the new season below: 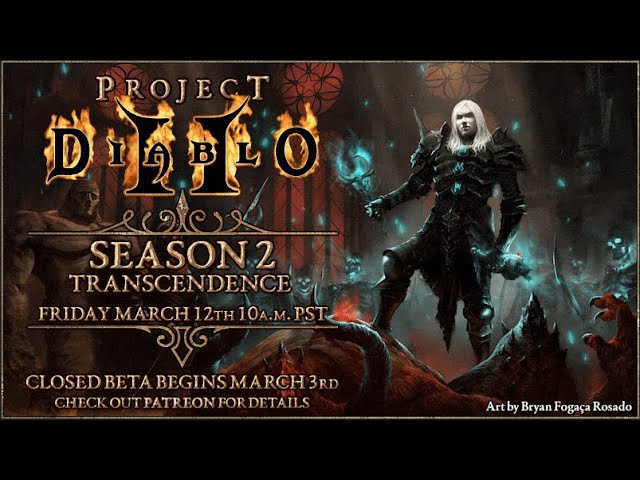 Project Diablo 2 made an impact when it released last year and went on to hit a peak of 12,500 players in its first season creator, SenpaiSomething, tells us. We also spoke to several other modders behind various fan-led Diablo 2 remasters to find out what makes the game so special and what Blizzard has to do to find success in its own attempt.

If you’re keen to try Project Diablo 2 out for yourself, you can download it for free on its website or support it on Patreon to get access to things early.