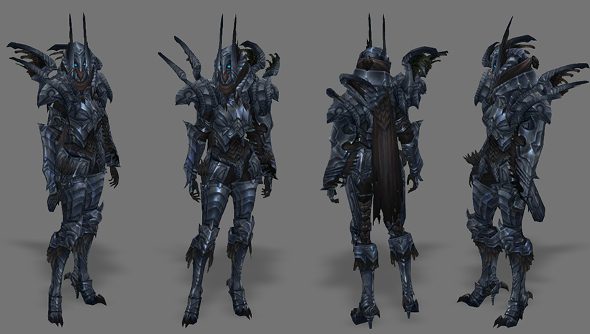 Blizzard is working away on Diablo III 2.2.0, and it will soon be available for testing in the PTR. With its impending arrival, Blizzard’s posted a first look at all the new content, including Legendary, Adventure Mode, class and quality of life updates.

Patch 2.2.0 will throw three brand spanking new armour sets into the game, all with six pieces. Unhallowed Essence, Wrath of the Wastes, and Delsere’s Magnum Opus will all be available in the PTR, along with some improved sets, like Raiment of a Thousand Storms and Immortal King’s Call. What grandiose names. No Squire’s Rusty Codpiece here.

New and improved sets are the only Legendary item additions. 15 new Legendary powers, including one designed by the community, will appear in the form of legendary gear and gems, some new, and some updated.

Rifts aren’t new anymore. If you’ve been playing since the adventure mode launched with Reaper of Souls, you might have exhausted all of the Rift maps. 2.2.0 will add new tilesets based on areas from the first three acts, with randomised layouts. As well as new Rift tilesets, 20 new bounties will be peppered throughout Acts II, IV and V. A new type of bounty will be introduced, to boot, tasking players with exploring areas to find people who need to be rescued or killed.

Quality of life improvements include three new treasure goblins to hunt down and a new cosmetic system that means you no longer need to lug your cosmetic items around with you if you want to use them. They’ll be accessible from the new cosmetic menu.

Classes aren’t a focus of the update, so while there will be tweaks and fine-tuning for balance, they’ll mostly be left alone.