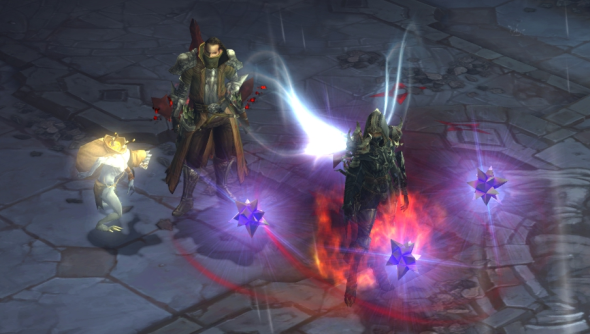 Diablo III has been enjoying the fruits of patch 2.1.2 this week – bringing with it Ancient Items, Greater Rift rebalances, and more. To celebrate the new features, as well as the conclusion of the first ever Season, Blizzard have seen fit to reward players with a week long buff, which causes their bountiful Treasure Goblins to spawn in pairs.

The buff itself is rather significant, as Blizzard added a slew of Treasure Goblin varieties to the game, all with a unique flavour.

Blood Thieves will drop copious amounts of Blood Shards to be used to gamble at Kadala, Gem Hoarders are overflowing with imperial level gems of all colours, Odious Collectors have a fetish for crafting materials, and finally the Malevolent goblins have a much greater chance at dropping those sweet legendaries.

The community buff is live right now on all regions, so you can start your gobbo hunting today.