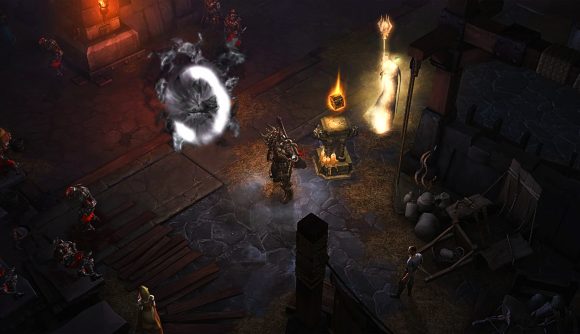 It’s hard to believe it, but Diablo III is now officially 10 years old. As a way to commemorate a decade of demon splattering, Blizzard has announced that the Echoing Nightmare horde mode introduced in at the beginning of this season is going to be a permanent fixture in the RPG game – perhaps as a way to remind us of the ‘echoing nightmare’ of Error 37, which kept players from logging into Diablo III when it first launched.

Actually, it’s mainly due to the fact that the Echoing Nightmare has wound up being a hit. “We have received positive feedback around the Echoing Nightmare and are truly glad to see you’ve enjoyed battling the horrors of Nephalem’s past while gaining experience and powerful loot along the way,” Blizzard says in the latest blog post.

“Therefore, the Echoing Nightmare will become a permanent feature in Diablo III,” the post reads. “Creating challenging, new, and exciting end-game experiences is always top of mind for us, so we’re excited to be keeping this experience around for good.”

The Echoing Nightmare, if you’re unfamiliar with the event, involves collecting a petrified scream, which are dropped by Greater Rift Guardians. These screams can then be transmuted in Kanai’s Cube to summon a portal to the nightmare, where you’ll “face the horrors of the Nephalem’s past.”

Difficulty ramps up the more monsters you kill in the Echoing Nightmare, but it’s worth sticking around as long as possible: completing an instance yields experience, legendary items, blood shards, and gems – including a new legendary gem called Whisper of Atonement.

Diablo III is also kicking off a mid-season double bounties event today, and that will last through the rest of Season 26, which will most likely end in early July.