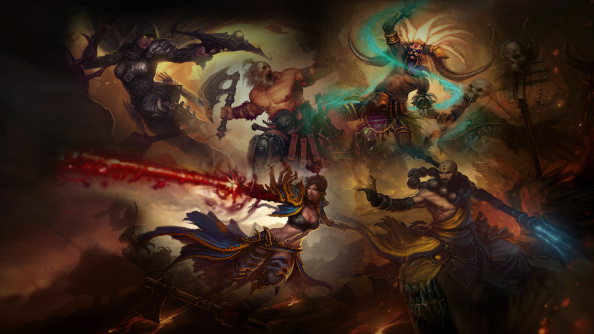 The end of this week sees Jay Wilson, the former game director of Diablo 3, exit Blizzard for the very last time. Not only that, but Wilson will be stepping away from the games industry entirely.

Love the kind of games Blizzard make? Then why not search out some of the other best PC games?

Last night the developer announced his intentions on Twitter, revealing his wish to return to the life he was living before becoming part of games development.

Sad to say after 10 of the best years of my life this will be my last week at Blizzard, and in the games industry.

“I’m leaving to pursue my original passion, writing. It’s what I was doing when I fell into this job, and I’ve always wanted to return to it,” he proceeded to tweet. “I will dearly miss my friends at Blizzard. They’ve been the best, most dedicated, most passionate group of people I’ve ever met.”

Wilson has worked on some of Blizzard’s biggest projects. Aside from being Diablo 3’s game director, he was part of the team that worked on the ill-fated Project Titan MMO. He also dabbled in the Warlords of Draenor expansion pack for World of Warcraft. And before all that, he was a designer for RTS super-studio Relic, having worked on Company of Heroes and Dawn of War.