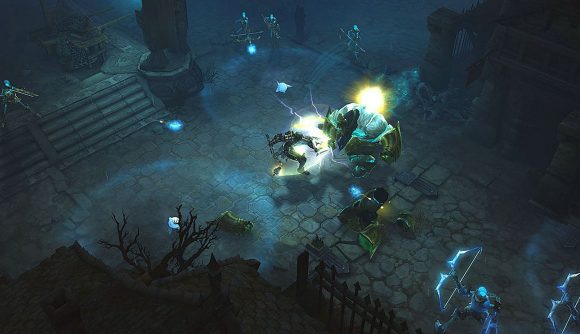 It seems Diablo III’s Season 22 is still a little way off, as the action-RPG game’s latest PTR round has been extended for another week. The Season of the Shadow 2.6.10 patch hit the testing grounds on October 1 and was due to remain there for two weeks, but following some technical hiccups, Blizzard recently extended this window – and, now, it’s been extended again by another week.

On October 19, Blizzard posted that Diablo PTR patch 2.6.10 was “tentatively scheduled to be down by October 20”, however a new forum update posted on that date announces: “PTR is scheduled for an update (scheduled for this week)”, and that it’ll “be extended to October 27”. According to this latest blog post, the patch will include “season theme adjustments, item nerfs/buffs/updates, bug fixes, and dev comments”, though there aren’t any further details on what these might be just yet.

This follows a recent announcement from Blizzard that it was “extending PTR for an unspecified amount of time to troubleshoot latency and login issues”. What this latest extension means for Diablo III’s Season 22 launch date isn’t yet clear, but we do have a good idea of what’s in store when it does go live.

“The shadows, they are moving, and they seem… animated,” the season’s patch notes tease. “It is as though they have a will of their own. Whatever this trickery is, perhaps you can use it to your advantage. Let’s see what the demons say when you fight side by side with your own shadow!”

We're looking forward to your thoughts!

The new season will hinge around the hack-and-slash game’s shrines and pylons – by activating one, you’ll get a spawned shadow clone of your class. Said clone will arrive with a (random) one out of three “predetermined builds”, and its power will scale alongside your own, lasting for one minute – or until your character dies. There’s a hearty list of the possible builds in the notes here if you’re keen to check them out at length. Additionally, there’s a whole bunch of item buffs, nerf, and changes to check out in the notes.

“During this time, we are asking for help! We would love for people to jump in and play the game as you would on PTR,” Blizzard says in the game’s October 13 update. The studio’s provided some hints and tips on how to get started jumping into the testing in the patch notes linked above if you’re keen to help out and see what’s on the way soon for Season 22.

Be sure to take a look at our Diablo 4 release date, Diablo 4 builds, and Diablo 4 classes information, too, if you’re a fan of the series and want to get an idea of what the upcoming PC game’s set to bring.