Activision Blizzard Studios has acquired a new Co-President for the monolithic publisher’s cinematic endeavours, and the press release seems to indicate Diablo and StarCraft could be next on the development block. Stacey Sher, on the left up there, joins Nick van Dyk, you can probably guess which one he is with the information you already have, as the co-head of the film and TV studio that formed in October last year. They’ve already announced a planned Skylanders animated series and multi-project Call of Duty franchise, but the official communique mentions more than that.

What other great strategy games or best RPGs should be turned into films?

To clear up the announcement itself, Sher is a long-serving Hollywood producer. She’s worked on such award-winning films as Django Unchained and Erin Brockovich, as well as Tarantino’s more recent Hateful Eight. You can see a full list of credits and those she’s worked with on Wikipedia.

Now for what it seems to be hinting at. In the first paragraph is this key line:

“Activision Blizzard, Inc. today announced that acclaimed producer Stacey Sher has been named co-president of Activision Blizzard Studios, which is devoted to creating television and films based on the company’s library of iconic and globally-recognized intellectual properties, including Activision Publishing’s Call of Duty® and Skylanders®, and Blizzard Entertainment’s Diablo® and StarCraft®.” 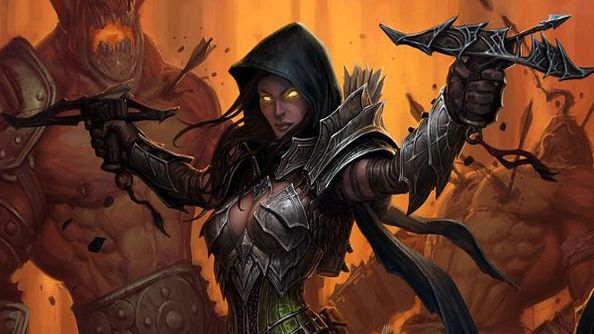 Now normally this would just be them naming some high-profile franchises seemingly at random, to give some quick reference points to any non-games folk that might be reading and don’t know what Blizzard is famous for. However, the wording is off. The way it’s phrased here suggests that specifically these are what are being worked on right now. In the case of Activision’s properties, we know it’s true, those having been announced when the company was formed. You’ll note there that the wording in that first paragraph from October is subtly different too.

Call it baseless speculation, but it would make sense. There’s a lot of expanded universe around both games to make movies or TV series out of and, no matter what you may think of the actual game plots, those worlds, towns, cities, demons and aliens can tell all sorts of stories with the right set of writers. Plus, they probably don’t have the rights to the more obviously lucrative Warcraft franchise what with the Legendary movie coming out, but would want to be able to sell things on the back of it – be they the similarly named StarCraft or just ‘from the minds behind’ in the case of Diablo.

As far as nay-saying goes, generally I find Blizzard keep very much to themselves when it comes to things directly related to their franchises. While they show up at the investor meetings and have made some small announcements there in the past, big stuff generally comes directly from them, through their channels or at their events, not the combined business side. It would be very odd for them to allow this to be the way that such a massive thing for their fans is announced.

Either way, we’re very likely to hear more about Activision Blizzard Studios’ plans in the near future.