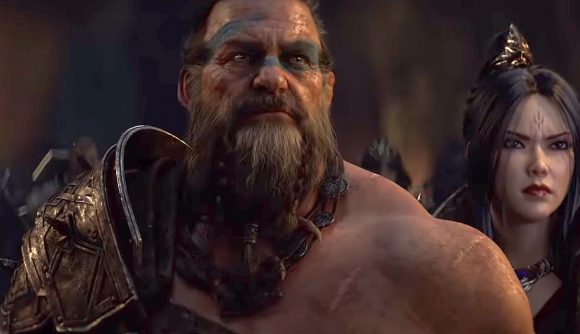 Activision-Blizzard’s shares were down as much as 7.2% yesterday as trading closed on the first day since Blizzard revealed Diablo: Immortal, a mobile game, at BlizzCon on Friday night.

BlizzCon attendees had been excited for a Diablo announcement, with some even hoping to see something of the next numbered game in the long-running PC series. Blizzard had noticed this and downplayed expectations in a blog post ahead of the show, saying:

“We know what many of you are hoping for and we can only say that ‘good things come to those who wait,’ but evil things often take longer.”

Despite this, fans clearly weren’t expecting a mobile game. Initial reception to the reveal was pretty hostile and has only snowballed over the weekend, with players expressing their disappointment on Reddit, the YouTube trailer, and via the Twitter hashtag #NotMyDiablo.

The reaction has now spread to the NASDAQ stock exchange, with Bloomberg reporting a 7.2% drop in shares in Activision-Blizzard, “on track for its lowest close since January.” Analysts are taking a more bullish view, however: Jefferies’ Timothy O’Shea argues mobile games like Immortal “attract larger, harder core mobile audiences in Asia and the Diablo franchise is popular in the US, China, Europe, and Korea.”

Indeed, few commentators or even gamers seem doubtful that Diablo: Immortal will be a financial success, which means more resources for the company as a whole. And given that Blizzard has repeatedly confirmed it has “multiple” Diablo projects in the works, and doing everything but using the words ‘Diablo 4’ in discussing those projects with Kotaku, fans can be confident that the sequel is in development.

A little disappointment that Blizzard used the prime slot on their biggest stage to reveal a mobile game is understandable, but Immortal’s existence is not mutually exclusive with that of Diablo 4.