Gosh, a fallen archangel really knows how to suck the life out a place. Not only did Malthael and his cast of ex-heavenly thugs stick flaming swords through the poor buggers decent enough to defend Westmarch, but he promptly resurrected them – putting them back to work defending the great martial and mercantile capital of the west from the good guys (us). When we roll into town in first Diablo expansion Reaper of Souls, we’ll be faced with a prickly cocktail of nativity traitors and former militia.

In the interests of knowing our enemy, as the Manic Street Preachers once recommended, let’s take a look at what’s lurking in the cobbled streets and abandoned homes of the once-great city.

“Little is known of these creatures, as most who have encountered them have perished,” write Blizzard, fearfully. “Fortunately, a Horadrim under the command of Tyrael by the name of Lorath Nahr has experienced the foul reapers of Westmarch first-hand and survived to tell the tale, documenting both their behavior and perceived origin.” 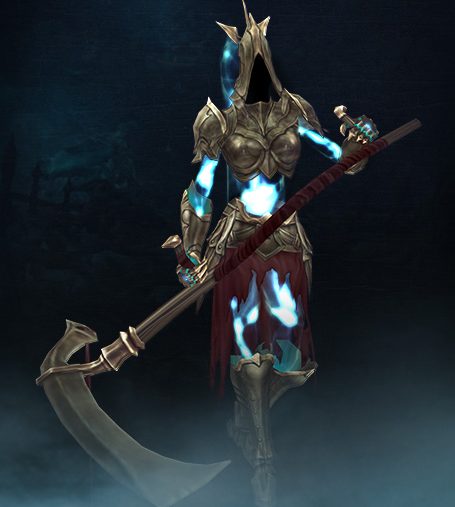 Prince(ss) of Purgatory – that’s the vibe I’m getting from the dress sense. When Malthael stopped turning up for assembly in Heaven, the angels sent his most loyal servent, Urzael, and a crew of lady disciples to bring him back. Unsurprisingly, they never got around to writing up their report and can be found in Westmarch, making navigation very difficult indeed. 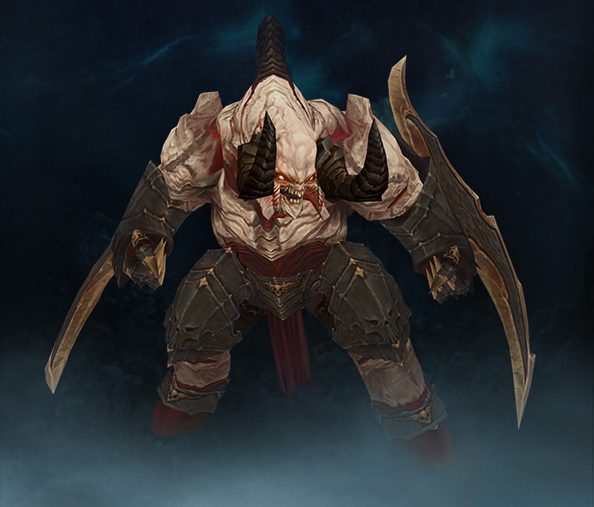 Spiky. These chumps weren’t actually executioners in their former lives, nor judges, nor jury – they were the convicted, now dredged up from Westmarch’s prisons to wreak further havoc in undeath. Ever the creative necromancer, Malthael has given each a form to match their crimes – child murderers included. So look forward to that. 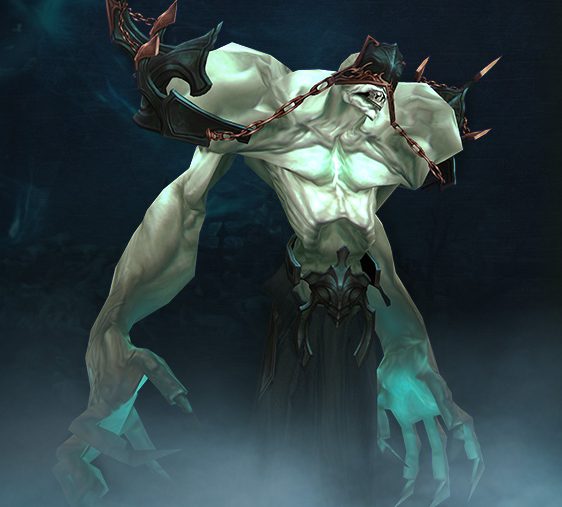 Ugly. These men used to specialise in lifting the pall of demonic possession from their unlucky subjects. Now they’re less picky, ripping out souls willy nilly all over town. Best keep yours in a zipped pocket or something. 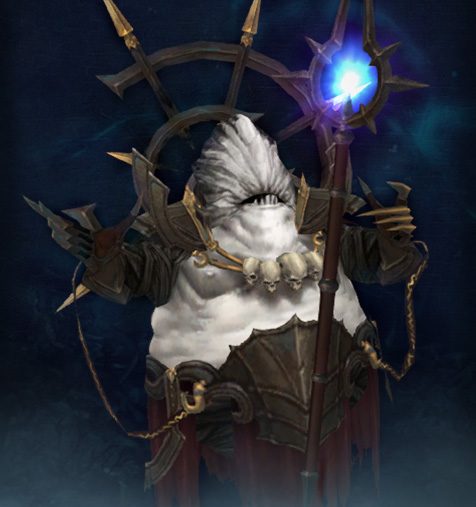 Jabba. Here’s the Horadrim’s account: “The seraph was on me before I knew it, the mass of its bloated flesh soundless as it floated above the ground. When I finally noticed it, I could not move: it was as though I was trapped in a waking nightmare. I looked down and saw tendrils of energy wrapped around my feet and realized it was not fear that held me, but the seraph’s magic.” 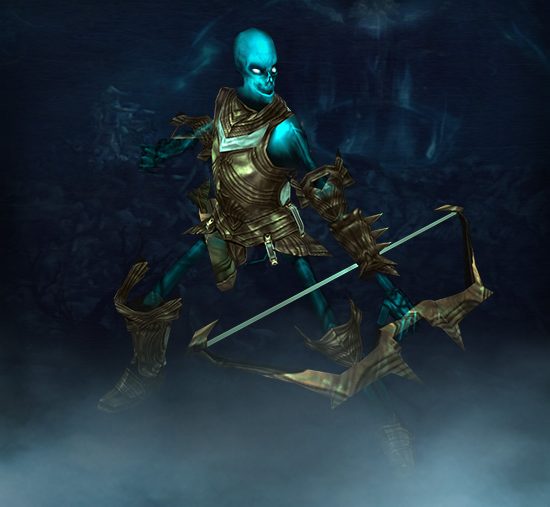 Creepy. The spell fodder of Westmarch. But beware: they don’t rely on conventional line of sight, instead peering through stone, wood or “the ground itself”. Sounds like a programming shortcut to me. 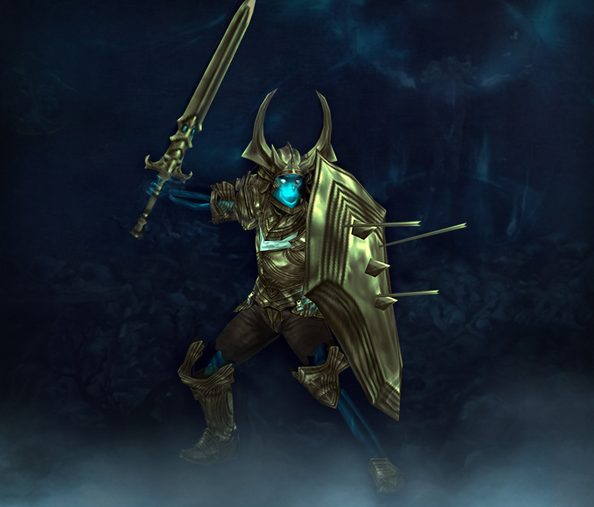 Bulky. Formerly employed as the personal guard of King Justinian IV, these fancy-panted soldiers now work in the rather less glamorous business of hero-shanking. 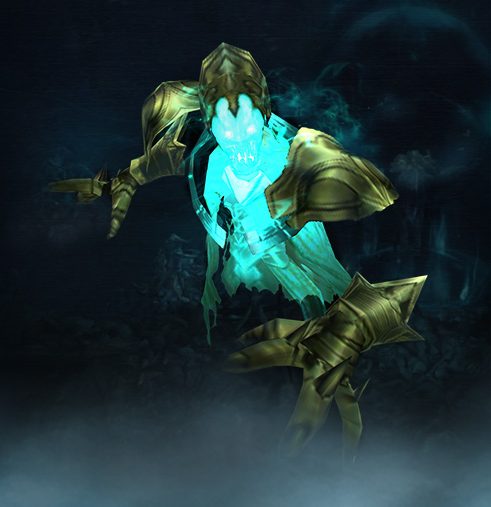 Turquoise. A bit touchy-feely, apparently. “The shadow touched me, and darkness spread across my vision until all I could see was blackness. It gave way to a pale light that sapped my strength. It seemed so easy, but instead, I drew upon the last of my will and fought back. Color flooded back into my sight. The shadow was right before me, and I drove my spear through it.”

Summoner of the Dead 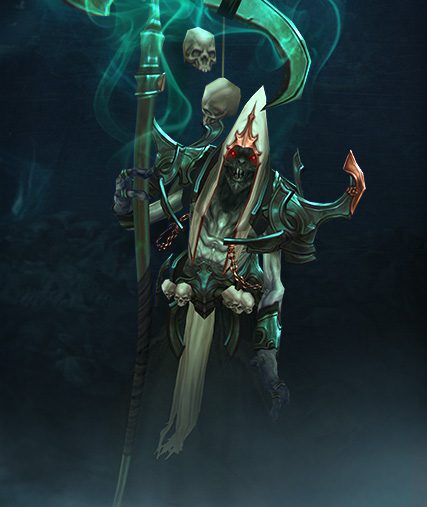 Be-hatted. These fellas will summon reapers at an alarming rate – but as is the way with these things, a sword through their gut will see to all of their friends too. 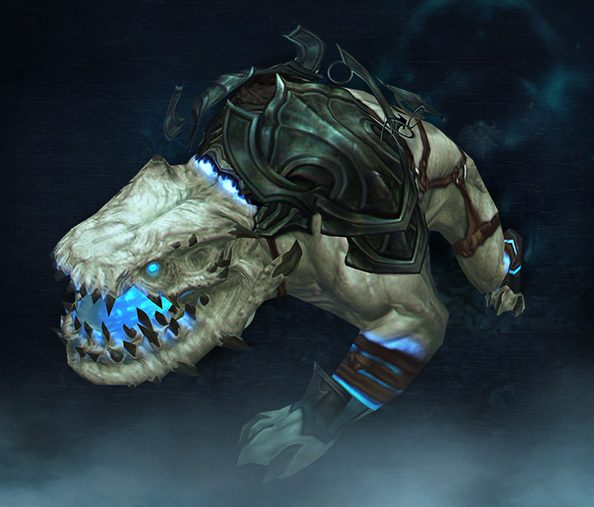 Canine. These former pets have deserted their posts at the fireplace to hunt in packs throughout the streets of Westmarch. They’ve also got dead big.

So, lots to cut through. Not to worry, though – we’ve a new Diablo III classto tackle it all with in the Crusader. D’you think you’ll return to Blizzard’s ARPG to give the new guy’s spellset a try?