Your chance to Did you know that tomorrow is the two year anniversary of Diablo III? You might have forgotten your card and flowers, but Blizzard haven’t forgotten theirs. Patch 2.0.5 brings forth numerous rebalances to every class – leaving very few skills and runes untouched – for the better. The game – which we gave a 9/10 in our Reaper of Souls review – will also be much more rewarding with a buff to bounties, rifts and the blood shard vendor Kadala.

But that’s not all because starting tomorrow there will be a community buff to commemorate Diablo III’s second birthday with increased xp and legendary find for all.find Legendary items is increased, including a guaranteed drop during your first hour of play.

If you want to read the patch notes in all their glory, click here. For the rest of you I’ve highlighted the biggest changes in a nice, simple list:

The great class shuffle: Barbarians and Demon Hunters now have access to more cold skills. The Wizard’s iconic Archon ability is no longer exclusively Arcane damage, now with an elemental type for each rune. Monks have gained a solid lightning resource generator/spenders which was sorely lacking from lighting builds. Witch Doctors have had their cold, poison and physical damage skills streamlined. Finally Crusaders are receiving huge buffs to the majority of their skills in order to further diversify their build options. 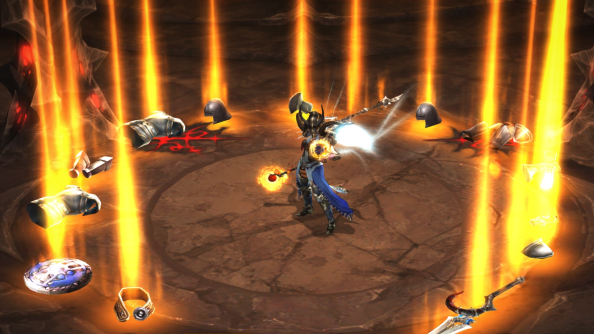 Tomorrow signals the second anniversary of Diablo III, and if the official Korean Diablo III website is anything to go by we’ll be getting some neat community buffs to celebrate. The loose translation reveals we’ll have a week of 100% increased legendary find and bonus rift key fragments.

Further data mining also indicates we could see increased experience, gold find and goblins. There’s even a buff stating “Your chance to find Legendary items is increased, including a guaranteed drop during your first hour of play” and another proclaiming that Kadala is “crazy”.

While this data mined information isn’t necessarily 100% accurate, you don’t want to miss out. Make sure you visit Diablo III tomorrow.