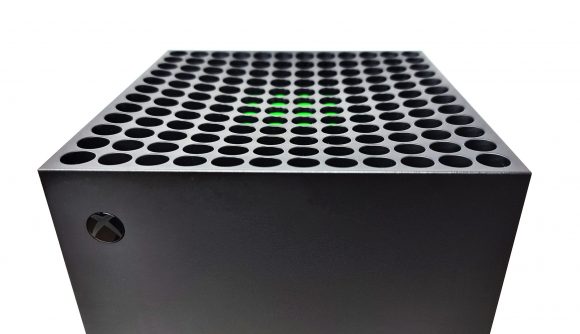 Microsoft’s performance-boosting DirectStorage API has so far been exclusive to its Xbox Series X console, but when it launches on Windows 10 in the near future, you won’t necessarily need the most up to date PC in the world to take advantage of the technology.

While Microsoft had a lot to say during its presentation, it was particularly vocal in the chat, as Redditor Nepbb points out that an employee confirms the feature will even support last generation PCIe 3.0 NVMe SSDs. You won’t need the best graphics card either, with support for all DirectX 12-capable GPUs, from Nvidia’s GTX 600 series onwards to AMD’s Radeon HD 7000 and up. SATA SSD users are left empty-handed, however. The aim of DirectStorage is to reduce CPU overhead for I/O operations for loading into game worlds when stored on an NVMe drive, freeing up the CPU for other tasks, which could also help boost fps on lower-end systems.

The Redditor goes on to claim there will be a limited developer preview of the API on PCs this summer, and we could see the feature bundled with the Windows 10 21H2 update, which arrives in the second half of this year.

Still, it won’t be until its official release that we can get a good idea of what the DirectStorage API is really capable of in the latest games.