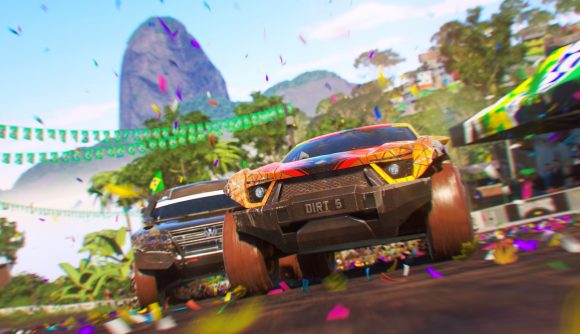 EA has moved ahead of Take-Two Interactive in a bid to buy Dirt publisher Codemasters. In a press release, EA revealed that it reached an agreement with Codemasters’ board by offering a deal worth $1.2 billion. EA anticipates the deal to be completed in the first quarter of next year, so before April.

This all going ahead, however, is still subject to a few things. While the Codemasters board has accepted the offer, there will need to be a shareholder vote. Take-Two Interactive might come back with another offer, too, but as of now, the board is recommending that the shareholders go with EA.

Talking about the deal, Codemasters chairman Gerhard Florin explains that the publisher would “benefit from EA’s knowledge, resources, and extensive global scale – both overall and specifically within the racing sector”. EA CEO Andrew Wilson says that “with the full leverage of EA’s technology, platform expertise, and global reach”, this deal would allow it to “grow [its] existing franchises and deliver more industry-defining racing experiences to a global fan base”.

The news follows that of GTA publisher Take-Two Interactive’s own bid to buy Codemasters. In a press release issued shortly after the EA news went public, Take-Two said it was “considering its position in relation to Codemasters” and that it would make a “further announcement” when appropriate.

Codemasters is the developer and publisher behind some of the most popular racing series on the market, from Dirt to F1. Should this acquisition go ahead, Codemasters would join Burnout and Need for Speed developer Criterion on team EA.