My co-driver Phil Mills has a lovely, soothing voice. And it’s a blessed island of calm in the madness that is Dirt Rally 2.0.

I am hopped up on the free Red Bull served at London’s Red Bull Gaming Sphere (try the new tropical flavour, it’s like angry Lilt). I am nervously imagining the future scrutiny of YouTube as they tear my gameplay to pieces (“YOU CAN’T DRIVE LOLFACE POOPYHEAD”). Mainly, though, I am playing the sequel to one of the most hardcore racing sims in recent memory – driving at frankly irresponsible speeds on dusty New Zealand roads in a Golf GTI that won’t go where I point it.

These are ideal conditions for a heart attack – a fate for which I’m still too young, regardless of what the infants on our staff will tell you – but then Phil focuses my mind with his authoritative pace notes, and soothes my soul with their chocolate-drizzled delivery.

I like Phil. I trust Phil. I don’t want to let Phil down.

The first time I post is somewhere around 10:30, with not a single split in the green. But I am immediately hooked. Perhaps Codemasters has cleverly chosen a course and a car that will get the blood pumping, but on current evidence, Dirt Rally 2.0 is utterly, utterly thrilling. The bonnet-mounted camera (one of several perspectives, but my favourite) thrusts my face intimately close to the road, which blurs terrifyingly down the straights. The buzz and pop of the little Golf’s engine is note-perfect. The setting sun is glaringly bright as I barrel round a corner and get an eyeful. 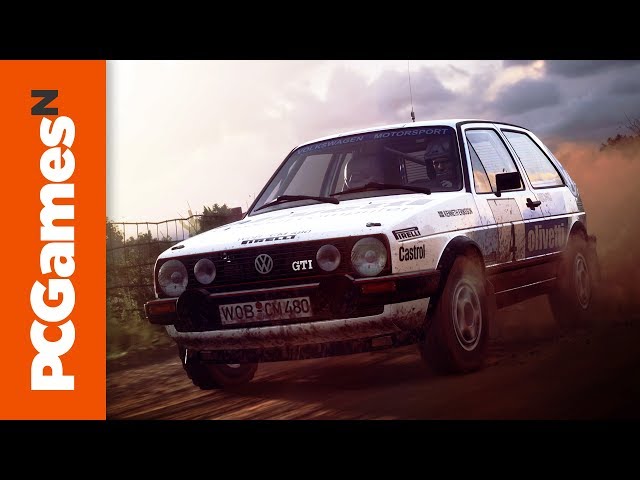 Though there are rigs with wheels and pedals, I opt for a controller, since I imagine that’s how most of you will be playing. And though the New Zealand track is slippy with dust, there’s a fundamental consistency to the handling that can be sensed through the controller like a fatal personality flaw through a creepy smile. The difficulty of taking a corner never feels as random or frustrating as in the lesser racing games I’ve bounced off of in the past.

Chief game designer Ross Gowing tells us that the handling systems have seen the most important improvements since Dirt 4. They’ve been reviewed from the tyres up with help from pro rally driver Jon Armstrong, a longtime fan of the Dirt series who has been employed as a full-time consultant. The attention to detail he brings is crucial: Codemasters is making Dirt Rally 2.0 instead of Dirt 5 because its community wanted “more Dirt Rally,” according to Gowing, and the first game enjoyed its rapturous reception because of its accuracy – and difficulty.

“We’re unashamedly challenging in Dirt Rally,” Gowing says. “We want to make a serious rally game, and give our community exactly what they want. We have front-wheel drive cars from the ‘60s and ‘70s that are lower-powered, which newer players will find easier to get to grips with, but it is difficult. It’s a difficult game. There’s a steep learning curve.”

It’s at this point that the choice of a Mk2 Golf GTI for the press demo – a front-wheel drive, 1980s hatchback with 110 horsepower – makes a little more sense, not that I’m complaining. I experiment with braking, handbraking, feathering the throttle, angling the car’s nose. I pay rapt attention to Phil’s navigation – I imagine we’re on first name terms now – and anticipate corners. Most importantly: I try, and try, and try again. Was it the first Dirt Rally that spawned the meme of games being endlessly compared to Dark Souls? Because I can see why, loath as I am to raise the cliche. 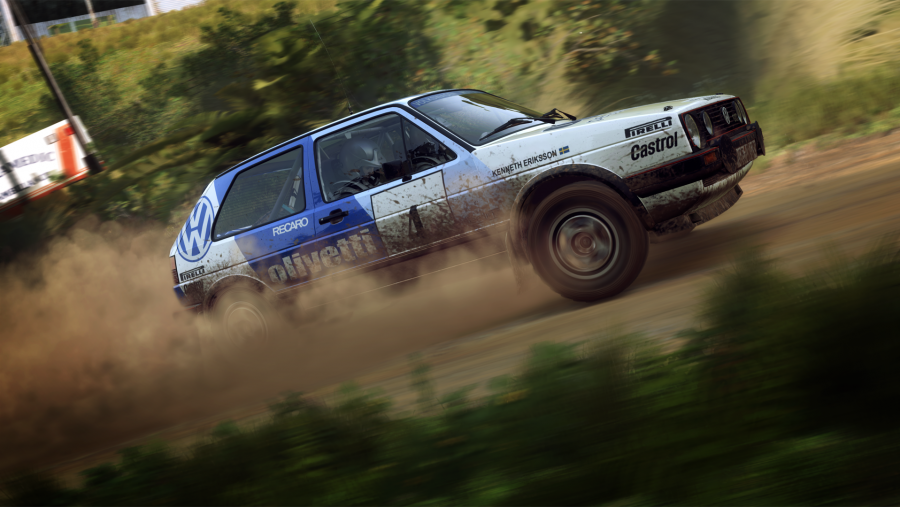 My times tumble, and after perhaps 90 minutes, I top the in-game leaderboard by several seconds with a time of nine minutes flat. I am indecently proud of this achievement. I have told everyone I know, several people I don’t, including you, and I’ll surely tell others for I crave more praise. Yet a demo from Armstrong shows me how far I have to go – he managed a time of 7:50. And he crashed.

Though Jon Armstrong worked with Codemasters full-time, he was only the most involved of several pro drivers to help out on Dirt Rally 2.0. Others included Ryan Champion and Oliver Solberg, son of Petter, the former World Rally champion whom Phil Mills served as co-driver.

This proves there are corners to cut and depths to plumb in Dirt Rally 2.0 that haven’t even occurred to me yet. Armstrong (who was very nice about my time, the same way you’re nice about your mate’s child’s awful drawings) offers several examples. To name one: your choice of tyre compound will matter for the first time.

Tyre compounds will give you “a different level of grip in certain conditions,” Armstrong says, and as usual, these conditions will vary across and within stages. While the game will offer you a tyre recommendation, you might go against it for reasons of strategy or driving style: perhaps you know you struggle on sand, and are willing to pick the optimum tyre for that surface even if it means you suffer a little on gravel sections. Equally, “you can get the tyre choice wrong and go to a wet tarmac rally with dry tyres. That’s going to be really, really difficult to get through.” Your tyres will also wear, and while “a soft tyre might give you the most performance, it will also have the shortest lifespan. It will be really quick at the start of a stage, but will drop off a lot quicker.”

Gowing adds that the physics of material displacement have been improved. If you start lower down the running order, you’ll see heavier rutting in the track surface, with material shifted off the racing line. This will cause cars to move to the limits of the banking as loose material builds, and can fundamentally alter the experience, even on a stage you thought you’d mastered. Driving at night, in the rain, on a rutted track should feel totally different to topping the order on the same track in clear conditions. 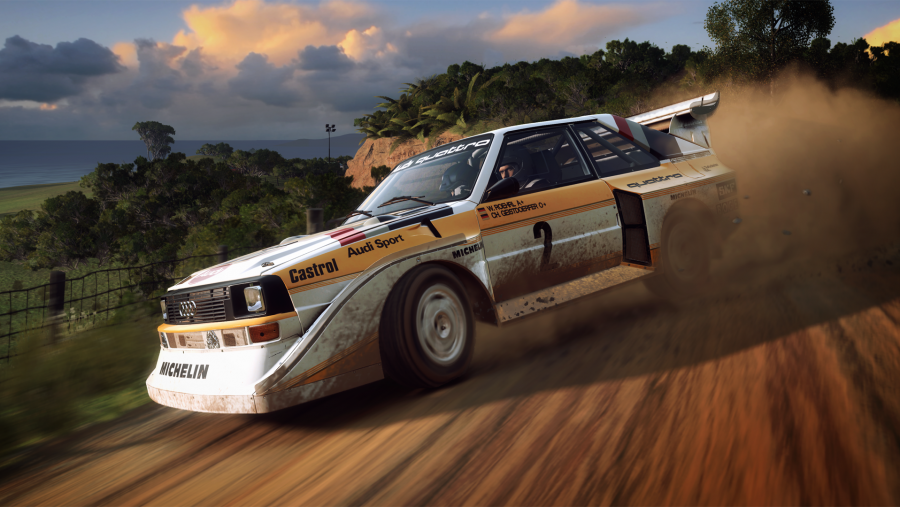 This is all beyond my ability to witness during my demo, but it sounds like everything rally enthusiasts have been calling for since the original Dirt Rally. The sequel releases on February 26, when we’ll get someone who knows what they’re talking about to do the proper review. In the meantime, I’ll simply say that my gaming tastes crystallised sometime around the millennium to shooters, RPGs, strategy games, and the odd action-adventure. I had dabbled, but had more-or-less concluded racing games weren’t really my thing.

Now? Now I’m wondering whether Forza Horizon 4 will scratch the same itch, Googling how to do a Scandinavian flick, and making a Phil Mills ASMR recording from my gameplay capture.