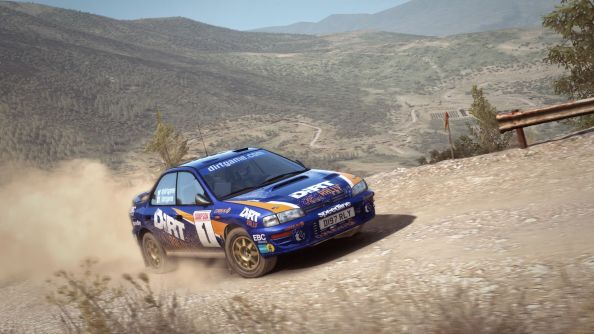 It’s indicative of Codemasters’ bid to please diehard offroad racers that Dirt Rally has spent the best part of the year in Early Access. It’s as if Codies have employed their community as co-driver, heeding advice to tweak the physics engine just a touch to the left or more sharply to the right. They must be on track, because the user reviews are overwhelmingly positive, and the rally sim officially launched on Steam today.

These are the best racing games you could be playing on PC right now.

A boxed Windows version of the game will follow on April 5th, 2015. Which is really a very long way off, isn’t it?

Last month’s Modern Masters update added cars your dad would approve of: namely the Citroën C4 Rally 2010 that saw Loeb and Ogier clear to a combined 10 victories, and the Ford Focus RS Rally 2007 that Marcus Grönholm and Mikko Hirvonen drove to a combined eight victories.

If you’re to drive to victory yourself, you’ll need to exercise caution to minimise damage and listen very carefully to what your car’s telling you. It’s draining, but rewarding, and there’s no gymkhana involved. Dirt Rally like your sort of thing?

Quick: DiRT Rally has a 15% discount on Steam right now!