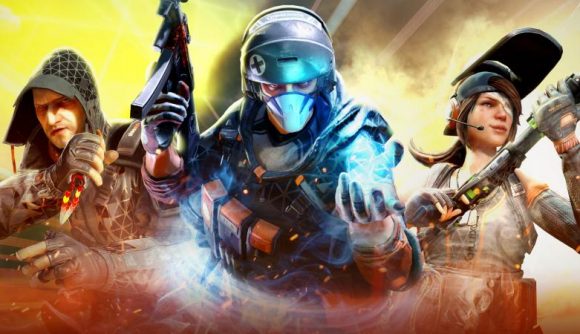 “It’s with a heavy heart that, after a bug fix build ships in the upcoming weeks, we will be ending live development and updates on Dirty Bomb,” the developers wrote.

This means no new content will be produced for Dirty Bomb – no new mercenaries, events, or maps are going to be forthcoming.

However, Splash Damage is taking steps to make sure it does right by the player base: Players who bought the All Merc Pack DLC are being refunded, with the money they spent going back into their Steam wallets. Unlocked Mercs will remain in player accounts. The developers say they’ll continue operating the Dirty Bomb official servers “as long as the player count supports it,” and players will continue to be able to rent private servers. The company is keeping Easy Anti-Cheat in place, and will continue to respond to customer support tickets.

Dirty Bomb has had a rough ride: In February 2016, Splash Damage bought the rights to the game back from publisher Nexon, saying the company hadn’t provided enough support for the game. That year, it partnered with Chinese holding company Leyou and reportedly tripled its staff, redoubling efforts to move Dirty Bomb forward.

Sadly, this wasn’t enough to keep the game solvent. According to SteamDB, Dirty Bomb has an average of 614 concurrent players, with daily peaks of around a thousand.

“Despite all the added time and resources, there were some challenges we couldn’t overcome, and we were not able to make DB the success that we hoped it could be,” Splash Damage said in the statement. “The bottom line is that we can’t financially justify continuing to work on the game we love.”

“To close, we’d like to say a heartfelt and sincere thank you for your support these many years,” they wrote. “Dirty Bomb is a shooter that we always wanted to make, we could not have done it without you and are forever grateful.”