For 13 years, Splash Damage released games the traditional way, as boxed products that might see a couple of patches after launch, but no extensive changes. Then, at the end of 2013, the studio launched Dirty Bomb, an objective-based shooter that they’ve been consistently supporting ever since.

The game has demanded a whole new way of working for the team, changing the fire-and-release mindset they developed over the ten years before.

Splash Damage’s Brink was recently made free-to-play, the game was flawed but remains ahead of its time.

It used to be that only subscription games fell into the games as a service category, but with the rise of free-to-play we’ve seen other genres of games adopt the same long-tail development style. For Splash Damage, when they decided Dirty Bomb would be a free-to-play shooter, the team went out of their way to learn a new style of development.

“We had to learn how to balance and maintain the game versus making new stuff,” creative director Neil Alphonso says. “When we were shipping a lot of content, the hygiene of the game, as we call it, was slipping. We weren’t proud of that, a lot of us have triple-A titles under our belt, we’re used to making things as polished as possible – having to compromise wasn’t a fun thing.”

It was particularly hard when the team was smaller. Originally, Dirty Bomb was being published by Nexon, but earlier this year Splash Damage was able to buy the full rights to the game and, using the investment from a Chinese company, expand its team. When they were with a publisher, the Dirty Bomb team spent months optimising the game at the cost of not releasing new maps and characters for its players – “We frankly weren’t able to do both,” Alphonso says. 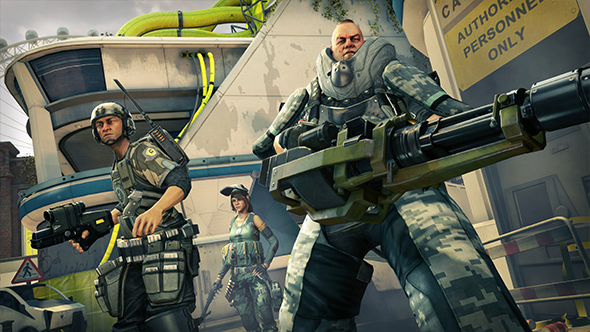 However, while from a player’s perspective those maintenance months make the game look abandoned, Alphonso argues that it’s actually “a measure of higher level faith in the project.” He says the developers know it “will take a commercial hit in doing that” but it sets the game “up for the long term.”

“If you keep piling stuff on a bad foundation than cracks are going to start to appear everywhere,” Alphonso continues.”Other people have learned this, look at a game like World of Warcraft that’s been out for ages, they’ve got really good at when to cycle things out and when to work on their foundation.” 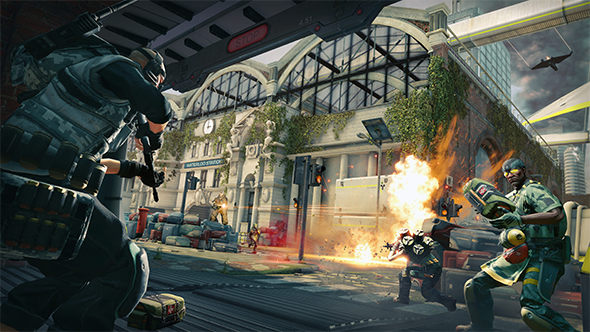 Alphonso much prefers this new way of working, he splits the benefits into two strands. The first is the “connection with the players, being able to react to them so quickly,” he says. “We’ve probably done a hundred updates to Dirty Bomb since it’s been in open beta and previously, for me, the game which had had the most updates maybe had five after going live.”

“With a live game you’re learning for the next week, the next month, the next release, essentially. It’s much quicker, you have to improve very quickly and fail very quickly, honestly. You have to be able to do new things and not be afraid of it.”

The second is the culture it breeds in the team. “I think it’s much more balanced in the way we work,” Alphonso says. “Obviously the games industry has had problems with the ‘C’ word, it’s back in social media this week, we’re talking about Crunch yet again.” Alphonso is referring to a recent Polygon article about crunch that caused a stir among game developers.

“[Games as a service] allows you to be very sustaining because if one feature isn’t going to make it, you don’t need to rush anything out,” Alphonso continues “We were very diligent about making people take their holiday, making sure they took breaks. You essentially can’t have people working extra because as a studio we always try to give time back that they spend, we can’t let people accrue lots of spare time because then they aren’t there making the game. We just had to be very measured and pace it out. Ultimately, for longevity, it’s a lot healthier.”

Recently, the direction game development cycles and models seem to have pushed is one that demands more sacrifices from teams. But, game as a service might be the exception, at least that’s how Alphonso tells it. In any case, Splash Damage seems to have made the transition successfully. “I don’t think I could go back to making a boxed product,” Alphonso says.