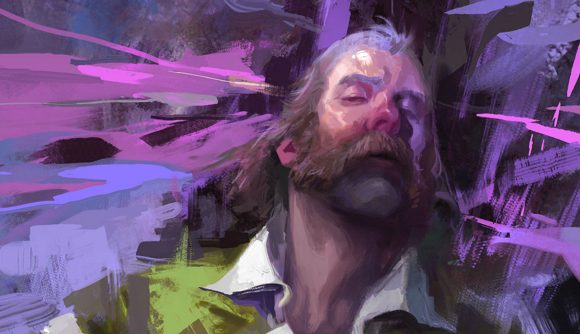 One of the more memorable moments from ZA/UM’s excellent 2019 title Disco Elysium is an interaction with a mailbox. Yes, just a humble mailbox, sitting in the centre of town, minding its own business. If you’re played the game, you might remember you can choose one of two options in greeting the little “poste l’aventurier” box: pat it or kick it. While it previously had its perks, the first of those options has just got more rewarding, it seems – there’s a new animation that lets you physically pat the mailbox in the game.

That’s according to Twitter channel Can You Pet The Dog? which has posted some delightful footage of the game’s protagonist (we won’t reveal his name, don’t worry) patting the sentient little postbox – check it out below. The tweet says: “Disco Elysium has been updated with a unique animation for patting the mailbox”, and indeed, it does look like a new animation has been added where there was previously just a text-based interaction.

It’s possible this comes with the brand new Disco Elysium update, which brings Hardcore Mode to the RPG game’s options. Alongside increased Check difficulties, less money, higher prices, and some other tricky new challenges to sink your teeth into, it seems there’s at least one new animation to enjoy.

Check out what now seems to happen when you choose “‘Good mail delivery box’ (Pat the box.)” instead of “‘Fuck you, mail delivery box!’ (Kick it.)”. Though now we’re wondering if that second option has been updated, too. Hmm.

Disco Elysium has been updated with a unique animation for petting the mailbox. pic.twitter.com/qknNSmUzZb

If you’re yet to jump into the game, check out our Disco Elysium review. Our very own Rich Scott-Jones gives it a nine out of ten, calling it “an utterly original RPG that sets new genre standards for exploration and conversation systems, and a brilliantly written tragicomedy about our inability to let go of the linchpins of our identity. Even when they hurt us.”