Disco Elysium was already one of the best story games out there – as well as one of the best RPG games, with its astonishingly deep ‘thought catalogue’ system for working through your own character’s inner thoughts and demons. Now it’s gotten even better: Disco Elysium – The Final Cut is out now, and it adds full English voiceover, new political vision quests, new animations, and much more.

Disco Elysium – The Final Cut is a free upgrade for all players. If you already own the game on Steam, you should see it as a 15 GB patch to download. Players who buy the game from here on out will get The Final Cut at the normal retail price. Developer Studio ZA/UM says it’s been working hard on the new features, but doesn’t want to give away a few surprises to be found in the new version.

“We won’t spoil them here, but let’s just say one new feature might have you reconsider if teleportation really is possible,” the developer writes in an update on Steam. “On a less mysterious note, we want to give a shout out to our animator, Eduardo Rubio, who has added a ton of new animations for you all to enjoy. As we’ve said before, we also have full English voiceover, new political vision quests, and new characters for you to meet.” 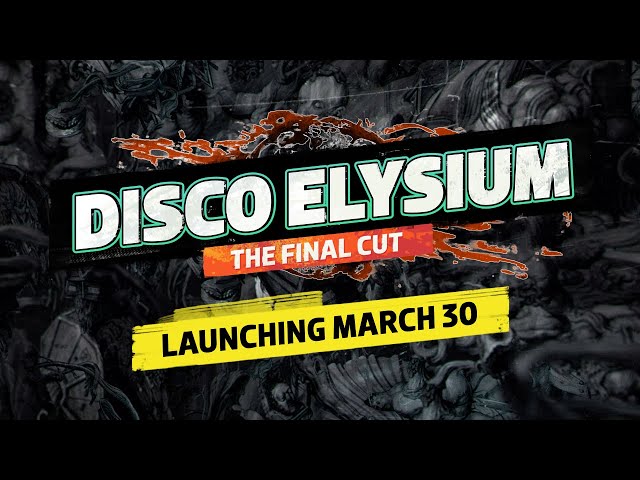 The soundtrack and physical collector’s edition are available from iam8bit.

In addition to the new features noted above, Disco Elysium – The Final Cut also introduces new clothes, new cutscenes, new characters, and full controller support. It’s an impressive upgrade for a game we really didn’t think could be much better when it launched. You can read our Disco Elysium review to find out what we thought. Rumour has it there’s a Disco Elysium TV series in the works, too – so perhaps we’ll be returning to its bleak and surprisingly hilarious world before too long.