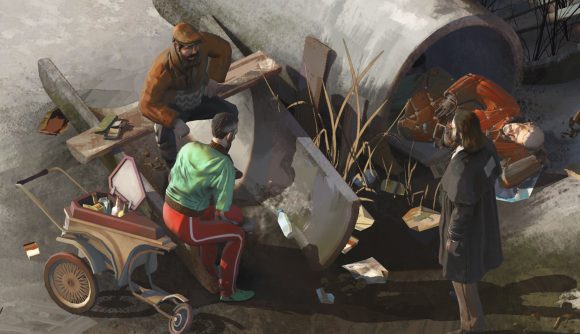 Disco Elysium is the first title from indie studio ZA/UM, and it’s a detective-noir love letter to classic open-ended dialogue-driven RPGs like Planescape: Torment. You’d be forgiven for thinking that’s a lot for a new studio to undertake, but the first handful of reviews are in, and the scores say this is the best original game of 2019.

If you’ve missed the details on Disco Elysium – it is one of the PC games out in October we’re afraid you’ve overlooked – it’s an isometric role-playing game where you’re a detective. Beyond that role, everything’s up to you. On the Steam page the devs call this “the most faithful representation of desktop role playing ever attempted in videogames,” and judging by the reviews so far, they’re not wrong.

Disco Elysium currently holds an impressive 93 on Metacritic and 92 on OpenCritic. On both review aggregators, that means it’s tied with the universally-acclaimed Resident Evil 2 remake – that’s an impressive accolade on its own, and it also means that this RPG is the best-rated original game of the year so far.

“You could play through it five times and still not see everything, so there’s no one experience to assess,” PC Gamer says. “But I can say with certainty that it’s one of the finest RPGs on PC if you value depth, freedom, customisation, and storytelling.” IGN calls it a “deep, sharply written, unique blend of noir-detective fiction and traditional pen-and-paper RPGs.”

It’s an admittedly limited pool of reviews, but the scores so far are extremely impressive.