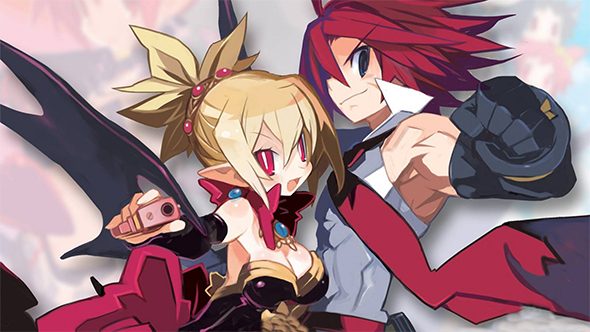 Ten years after its debut on PlayStation 2, it appears Nippon Ichi’s tactic-s based JRPG Disgaea 2 is bound for PC, with the game’s unveiling coming via a pre-order page on Steam. Well, it’s better late than never, eh?

Will Disgaea 2 PC make it onto our list of the best RPGs on PC?

According to the page blurb, Disgaea 2 – which will be handily rebranded Disgaea 2 PC to avoid any confusion – will include content from both the PS2 original, Cursed Memories, and 2009‘s PSP release Dark Hero Days. Indeed, Nippon Ichi has gone so far as to brand the PC release the “definitive edition”.

“Overlord Zenon has cursed the land, and now, Veldime is transforming into a nasty Netherworld. Memories are sterilized, bodies demonized, the world is falling into chaos,” offers Nippon Ichi of Disgaea 2 PC, seemingly tapping into some rarely heard Madonna album track lyrics in the process. “The only one unaffected is a young man, Adell. He stands up to fight the curse, but things never go as planned.”

New to the PC edition of the game are keyboard and mouse support (which is just as well), three new playable characters – Dark Eclair, Gig and Miabel – and, more interestingly, support for both Mac and Steam Machines as well as Windows. Expect to see Disgaea 2 hitting Steam on January 30 next year.

A special edition, complete with a collector’s art book, five art prints, desk mat, mouse pad, and Disgaea: Hour Of Darkness premium soundtrack, can be pre-ordered from the NIS America Online store for $80, albeit only in the US. Shucks.