Bethesda has released a new gallery of images showing off the costume designs of Dishonored 2, and discussed their approach to creating a unique but coherent “look” to their characters.

Click for Dishonored but not for fashion? Here’s everything we know about Dishonored 2 so far.

The images reveal just how much work has gone into designing the costumes of the world and its characters, and are an interesting insight into this particular corner of Triple-A game development.

“Before creating the fashion itself, we think about the characters: their age, their origins, their background, their functions,” says Jean-Luc Monnet, assistant art director for developers Arkane. “We still stay true to the design we created for the original Dishonored – retaining that Victorian flavor, although adapted to a southern country, with lighter fabrics and colors.”

One thing that lead art directorSébastien Mitton – who is descended from a line of Italian tailors and dressmakers – likes to say is “in old movies, when a scene happens in a pub, for example, you can clearly identify instantly who does what: the butcher, the postman, the banker, the office manager”. 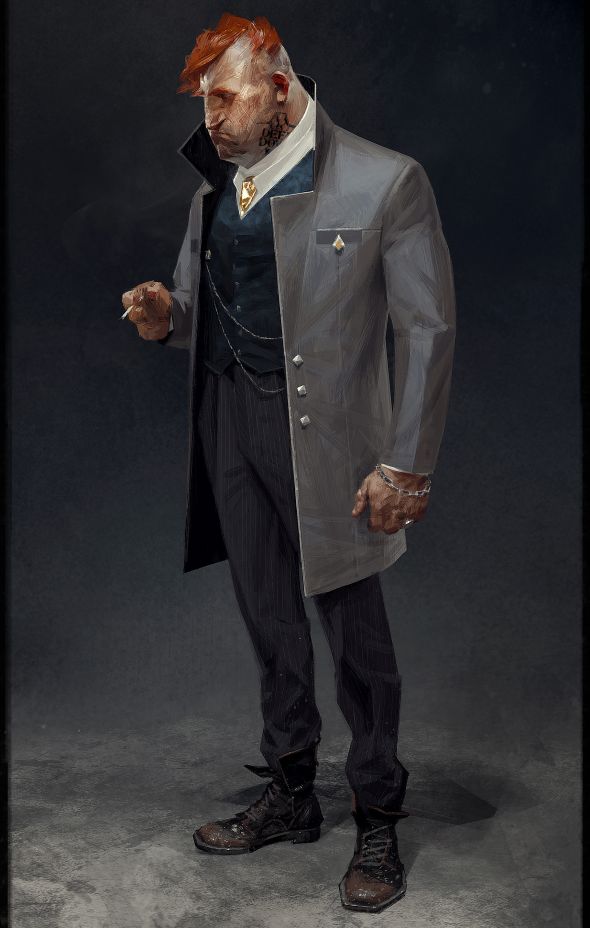 Together with the starting focus on the characters inside the costumes, this informed Arkane’s approach to overall character design in the world. Anatomy and body language are equally as important as clothing: “even if two characters are wearing arisocratic clothes, you can guess which one was born with a silver spoon in the mouth”. 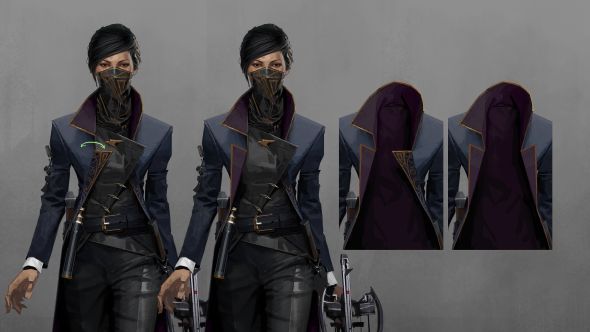 In the case of new protagonist Emily Kaldwin, Arkane wanted “a specific costume that reflected her authority” as Empress, “but also gave her the mobility she needed” as a nighttime thrill-seeker who runs over rooftops in her spare time.

For Corvo, Monnet says: “Corvo’s original costume was designed while Dishonored was still planned to be set in London 1666. It was greatly inspired by the long coat of the highwaymen. Now that the world design has matured, it’s been a good opportunity to make Corvo’s costume fit better with the style of the other characters. And like Emily, we immediately talked about form and function (father of the Empress, Spymaster, assassin…). Shape, silhouette, agility, stature, maturity: these were our bullet points for Corvo. We tried to make him cooler and even more badass.” 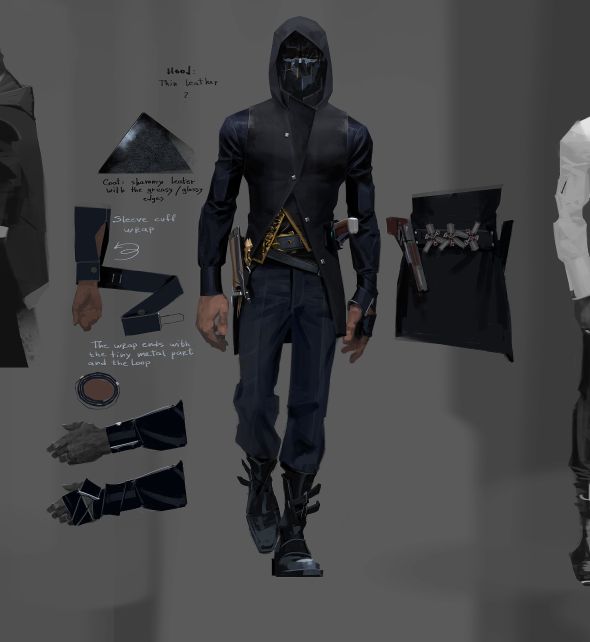 Dishonored 2 is out on November 11 – just three days’ time, though if you pre-order, you can get access a day early. Both regular or early-bird purchases are possible through the game’s Steam page, where you’ll also find a bunch more screens and trailers.