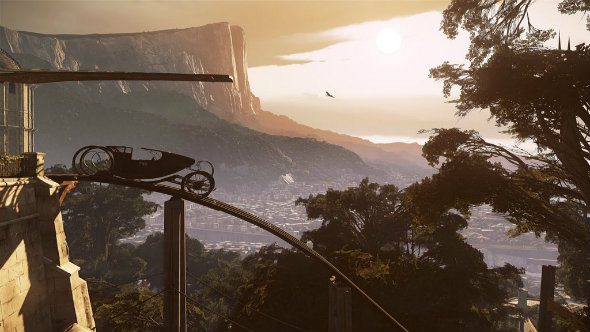 Dishonored 2 is very exciting – not only because there are now two protagonists, each with distinct powers, but also because of the game’s new Mediterranean-style murder box, Karnacka.

At Gamescom 2016, we spoke to Dishonored 2’s art director,Sébastien Mitton, about creating this gorgeous, sun-soaked playground.

Mitton explains how they thought about Karnacka not just from a level design perspective but also as a place – what materials would they use for their buildings? Well they’re near a silver mine and a forest, so take a guess. It’s all in the name of building something cohesive.

The new Void engine also makes that art shine more than before, and Mitton thinks it’s unlikely we’ll see a downgrade before release. Have a watch of the video above for all that and more.

If you’re a creative video type and you like our stuff, why not come and be the editor of PCGamesN’s YouTube channel. We are hiring and it could be you.