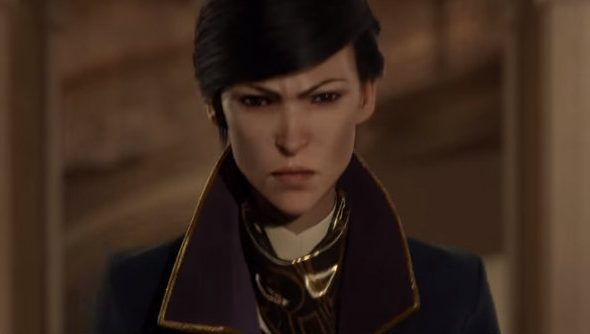 Bethesda and developer Arkane Studios have announced the release date for their teleporting murder sequel, Dishonored 2. It’s launching on November 11, which will come around faster than a plague of rats can dispose of a hyper-proportioned city guard.

Get your mindless killing out of the way beforehand with our list of the best FPS games on PC.

Dishonored 2 will once again give you loads of cool murder tools and then tell you off for using them before the end of the year, then. You can either reprise your role as Corvo Attano – who now has a voice – or as Empress (and probably Corvo’s daughter) Emily Kaldwin. Knowing Dishonored, who you play as will likely have a big impact on the story as much as who you make dead.

Where your bloodlust in the first game was mirrored by the rat plague gripping the city, here the corpses left in your wake are incubated by bloodflies. This isn’t the cold, dark alleys of Dunwall – this is Carnaca, a mountainous southern region where the heat of the sun makes all those corpses ripe that much faster.

Other than the cinematic trailer and those few details, we don’t know much more about it. Luckily, the world premiere of Dishonored 2 gameplay will take place during Bethesda’s 2016 E3 presentation, June 12, beginning at 7pm PST, and streamed live via Twitch and YouTube.