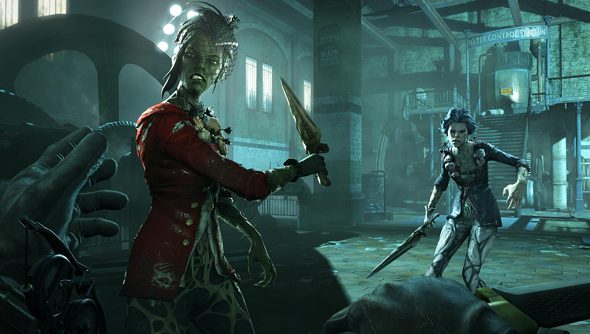 Hear that noise? Out there in the wind, the sound of running water. It’s… it’s a leak. Another leak before E3. Glorious. This one scrapes in just before Bethesda’s conference to give us an early peek at a Dishonored 2 trailer. It’s a TV spot made from the trailer, rather than the full thing, but does give some bare hints.

This trailer, which hasn’t been leaked anywhere we can embed so you’ll have to click here to view it, seems to focus mostly on Emily, while showing us a little bit about the environments and style of the game’s new location, Karnacka.

Emily is joining Corvo as one of the main characters in the game, and will be a playable character in Dishonored’s sequel rather than just someone to be rescued. Her and Corvo will have different abilities, and the Outsider appears in the trailer indicating that she probably has crazy occult powers too. Good on her.

It’s expected to be Bethesda’s glittering star tonight, so we’ll find out a lot more about the game hopefully during this evening’s Bethesda conference which starts in around 40 minutes. It’s believed that it will open the show, too.