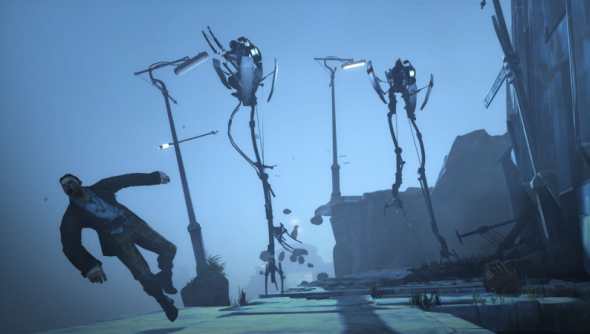 You could make a pretty convincing argument in defence of the box art for Dishonored’s Game of the Year edition. Its contours, see, reflect the fact that Dunwall is as much about place – the sense of it, the atmosphere of it, the navigation of it – as it is about people. Dunwall is the face of Dishonored, is what you might say.

It wouldn’t stop it looking a bit rubbish, though. 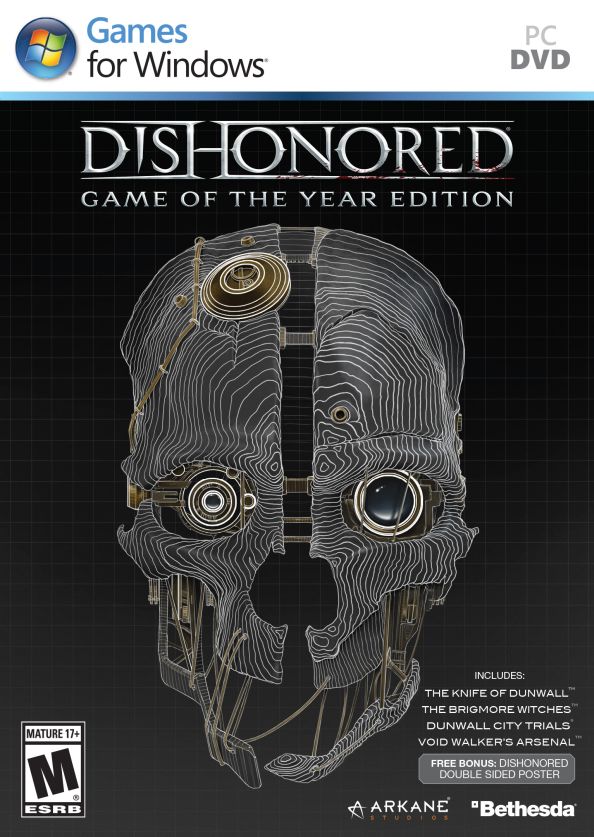 “Dishonored introduced a new world and cast of characters which have really resonated with gamers around the world since its release in October 2012,” said Bethesda’s man trapped in a perpetual press release, Pete Hines. “We’re now excited to offer people the opportunity to have all of this great content in one package.”

I named Dishonored my personal GOTY just after Christmas, and am of course deeply honoured that Bethesda and Arkane have chosen to place my accolade front and centre. I’m more than happy to have my words represent not only the still-astonishing base game, but also the two Daud-driven DLC releases that have since ploughed the same furrow of level design, to even greater effect.

There’s a poster in there, too. I’ve yet to play Dunwall City Trials. Anybody got any thoughts to offer on that subject, that we might overhear them from a nearby rooftop?