The concept sure sounds right up my alley: hop on a futuristic hoverbike armed with machine guns and lead a squad of variously equipped robot squadmates into battle. Disintegration has a terrific look and a fun SyFy Originals attitude, but once you’re in saddle things start coming apart.

I haven’t had a lot of time with Disintegration – releases next week – so there’s no number on this article. These are some initial impressions after playing the first handful of missions over a couple hours of playtime. I’ve not seen, for example, how Disintegration’s mechanics hold up in multiplayer, or how its progression system changes the feel of the game as you move through the back half of the single-player campaign.

So here’s what I have seen. You are Romer Shoal, a former gravcycle race ace who has had his brain and personality transplanted into a humanoid robot ‘armature.’ In Disintegration, this is pretty common – just about everyone you meet in the game has gone through the same procedure. It’s a world of Chappies, and you’re the fastest of the bunch. You’re captured by evil forces bent on the usual world domination and subsequently busted out and recruited by a small band of resistance fighters, who pop you onto a specially armed gravcycle and start taking your orders.

During the first few missions, you’ll have two or three teammates with you. They jog alongside your floating gravcycle, quickly wheeling toward wherever your targeting reticule is pointed. A right click or press of the right bumper issues a context-sensitive command – attack this, go here, activate that. Each has a special ability you can activate as often as its cooldown permits, and these include concussion grenades, rocket barrages, and an area-of-effect slow motion field. Working together, you’ll clear out clusters of enemy armatures, and it quickly becomes clear how important it is to combo your teammates’ abilities with your own gunfire. Staggered enemies become more vulnerable to damage, and otherwise they can often soak up a full magazine’s worth of rounds from your bike. 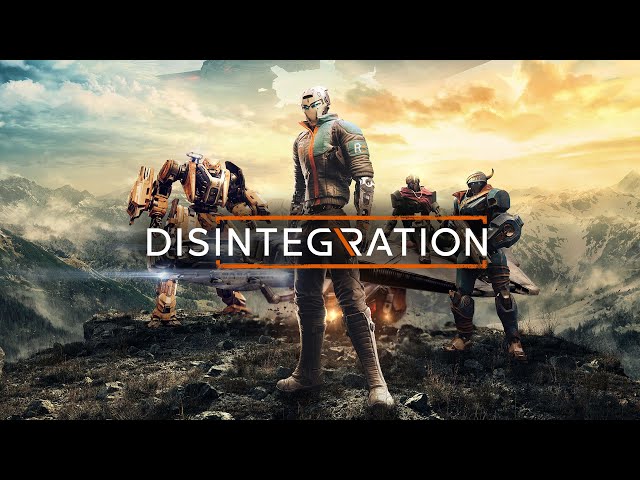 The trouble is, everything looks tiny from your seat on the gravcycle, despite the fact that you’re often alongside friendly armatures that are supposed to be much larger than you are. This helps provide a wider view of the battlefield, but it makes target selection a nightmare in Disintegration’s first-person perspective. Units overlap each other, and firing a healing boost to a critically injured ally, for example, is easy to get wrong while they’re running from one position to another, and the same problem exists for ordering an attack on specific enemy units. I’d send my friends sprinting straight into enemy fire as often as I managed to successfully direct them to fire on an enemy healer, since it’s the same command for both actions and everything’s happening in real-time and in motion.

This was bad enough that I found the game nigh unplayable until I switched from my Xbox One controller to mouse and keyboard, which afforded me enough additional accuracy that I could generally be helpful during firefights and – more often, at least – successfully get my squadmates to do what I wanted them to do. But the basic frustration is still there, only muted slightly: since the gravcycle floats over the ground, it maintains some momentum, just the way you’d expect. And that has the effect of making shooting feel slippery, sloppy, and not a lot of fun. 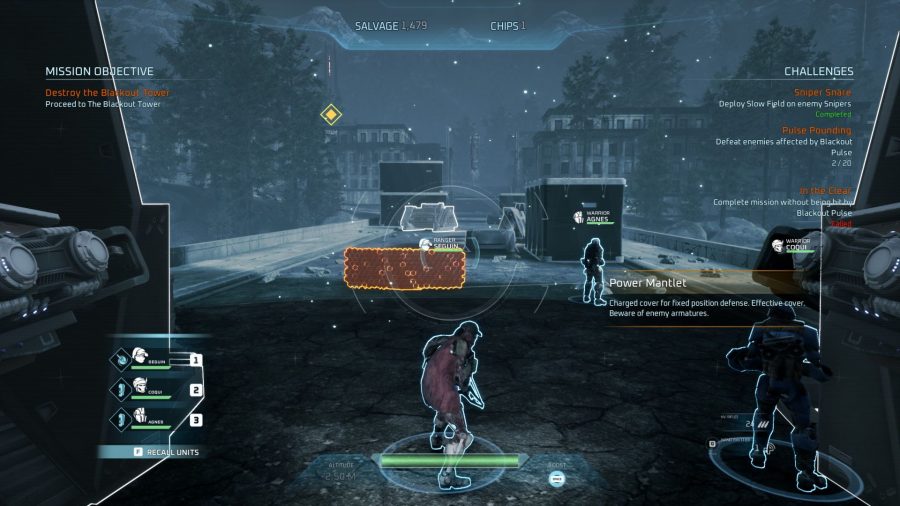 Much also depends on the AI of your teammates and enemies, both of which are inconsistent to the extreme. Your squadmates will fight on their own and try to help you, but there’s no reliable way to get them to take cover from incoming fire. Your units will audibly complain when they come under incoming fire or require healing, but they’ll also take their own initiative at weird times and charge off over the ridge on their own. Enemies will lurch from killing you at long range or with cleverly placed traps, to standing beside you placidly, wondering what to do.

It’s a shame, because Disintegration is one of those games that clearly has a lot of heart – even though its robotic characters even joke about not having those particular organs any more. I like that Romer insists on wearing his racing leathers even after being transferred into a mechanical body, and that your teammates have each kitted out their armatures with little personalised reminders of their former human bodies and styles.

I certainly liked the idea of the gravcycle, but instead of having the freedom to tear around at top speed, it handles more like a helicopter in a Ghost Recon game that’s been put on a 200-foot tether. I was frustrated by the fact that the lengthy missions (sometimes 30-40 minutes, even at the start) will not allow you to save checkpoint progress – if you want to quit, you’ll have to start whatever mission you were on from the top. You’ll also have to trudge around your spacious headquarters again to pick up each bonus challenge – you receive these from NPCs back at base, and the game does not keep track of the fact that you’ve had these little chats prior to launching the next mission. If you quit out of a lack of time or a surfeit of frustration, you’ll have to do all that over again and start the mission from scratch instead of an in-level checkpoint.

All of these factors compound to make Disintegration a frustrating experience for me. As I said in the beginning, there may well be changes that address some of the issues I’ve mentioned – a new, upgraded gravcycle, for instance, might make targeting, shooting, and commanding feel a bit snappier, for example.

But I have my doubts. Last year, the power steering failed in my car, which is a fairly sporty old Saab sedan with a six-speed transmission and turbo. It’s a joy to drive when it’s operating properly, but when the power steering was out, I dreaded getting into it even for short jaunts to the grocery store – I hated knowing the car was potentially capable of such agility and power while having to keep things slow and wrench the wheel to get it around even the most gentle corners. I get a similar sense of having to fight with something to make it do what I want in Disintegration. I hope it gets better with more time, but the initial hours are pretty unpleasant.