On the rocky seas of Rivellon floats a giant vessel. It’s a battleship, armed to the teeth with cannons and a crew of heroes who know how to maximise destruction. This fortress, the Lady Vengeance, is a highlight of Divinity: Original Sin 2, and it’s coming back as the leading lady in the forthcoming tactics game Divinity: Fallen Heroes.

Fallen Heroes is a short detour from the RPG format that developer Larian Studios has built its reputation on. It’s a smaller, punchier title than previous Divinity games, tasking you with commanding the ship and taking on missions from its helm – which means an even greater focus on the series’ ingenious remix of tactical combat.

Though, as always with Divinity, your choices will alter the course of the story, from what mission you prioritise, to how you command troops and make diplomatic decisions.

Big additions to the combat come in the form of guns and gunpowder, and a new element called Sulfurium, all of which adds more bang to your beatdowns. You can turn one or more of your crew of familiar faces into a sharpshooting gunslinger, but beware, as the enemy has access to the same technology. It’ll only take a couple of stray bullets in your heroes’ hides for them to be lost forever.

As there’s a lot of new ground being made with Fallen Heroes, we chatted with producer Kieron Kelly about what the main story will cover, the reasons behind Larian’s decision to try a different RPG format, and how Fallen Heroes adds to Divinity’s rich narrative tapestry. 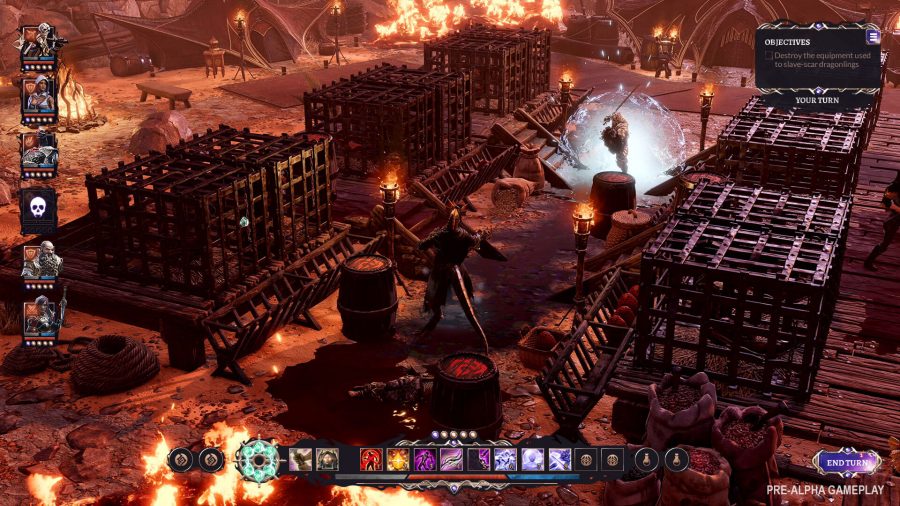 PCGN: What can we expect from Divinity: Fallen Heroes?

Kieron Kelly: Divinity: Fallen Heroes is a tactics game built out of the Original Sin 1 and 2 engine. It’s got the combat of Original Sin 2, so imagine a tactics game combined with all the strength and depth of an RPG like decision making, choice, and consequence.

Fallen Heroes makes you feel like you’ve got a really great narrative and roleplaying opportunity, but in a tactics game. So instead of the 80 hours of an RPG like Original Sin 2, this is more like a 20 to 25 hour experience.

Some people might be surprised that we went down the tactics route, only because we’re very much an RPG developer. And I dutifully express to the fans that we’re not abandoning our roots, we’re still making RPGs. It’s no secret that we are working on more than one project, so this is one of the projects we are working on.

Does Fallen Heroes expand on the lore of the Divinity series?

Fallen Heroes happens two years after the events of Divinity: Original Sin 2, but it’s a spin-off. It’s not Original Sin 3. All your favourite heroes return; Ifan, Lohse, Beast, Fane, Sebille, and the Red Emperor. Malady also returns, and is a playable character. 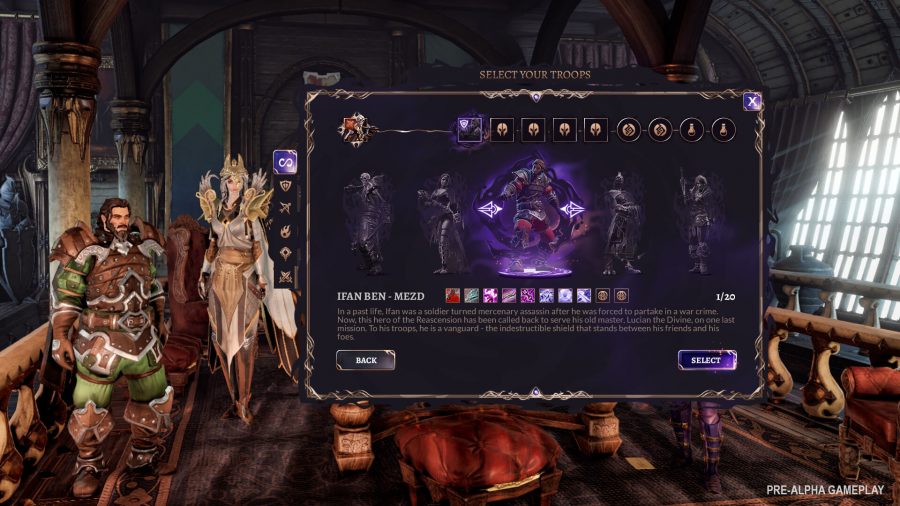 There are multiple endings to Original Sin 2, so the canonical ending in this case is that the Source has left the world. That means Lucian is still leading the Divine Order but he’s no longer with The Divine. They still call him The Divine but he no longer has that power.

Fallen Heroes is a narrative and roleplaying opportunity, but all in a tactics game

The only real Source magic left in the world is still aboard the Lady Vengeance. This is because Malady, being Malady, found a small loophole on the ship, and so she’s got a bit of Source for herself. That’s roughly where we start.

Does co-op in Fallen Heroes work the same as before?

Co-op combat will work a little differently to Original Sin 2 because the turns will be team-based and simultaneous. So a co-op partnership will be able to create all the perfect combinations they want without needing to worry about initiative orders.

Narratively, it should feel similar though, since each conversation will be unique to the player and not necessarily always shared with their partner.

Divinity is a series with a lot of lore and a huge backstory, are there any onboarding features to help new players to the series?

Well, this game, I’m hoping is a lot more approachable for people that weren’t into the series before. We’re never going to create a game that relies on you knowing the lore from the first one.

There will be a lead up and it should be easy for new fans to step in and go, ‘Ok I got the feel of this’ in a tactical space environment, so it’s a bit more easily consumable and not wandering around trying to discover what the world is about.

We want the player to feel like they’re completing missions and experiencing some narrative in between that bring the story forward and that they know that their decisions are still making a big impact. They don’t need to go somewhere to find out where this person lives or to find out where the next part of the puzzle is.