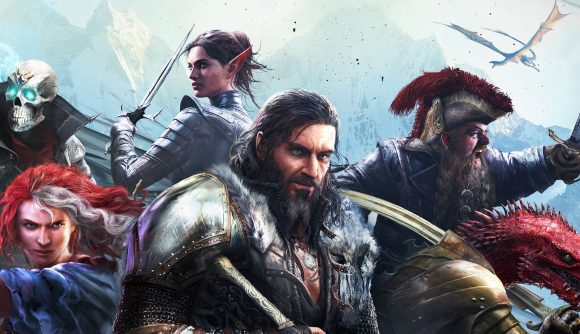 Just yesterday “digital games festival” Guerrilla Collective was announced for June 6, meaning we’ll get to hear some exciting news from indie devs, such as those behind games like Baldur’s Gate 3 and Crusader Kings 3, very soon. Now, BG3 dev Larian has announced it’s got news to share on another of its big RPG games series at the festival, too – Divinity.

That’s according to Michael Douse, director of publishing at the studio, on Twitter (via VG24/7). In response to a post on Larian’s channel announcing it’ll be at Guerrilla Collective with some mystery news, a fan’s expressed hope that right alongside BG3, there’ll be some nuggets of news about the Divinity series, too, “like a spin-off card game or some DLC for Divinity: Original Sin 2 or something”.

In reply, Douse has confirmed Divinity will indeed be making a showing at the festival – and it sounds like there’s potentially something new to get excited for: “There will be a (couple) Divinity announcement(s) in this, alongside Baldur’s Gate 3. Gotchu fam.” Eek.

There’s no word on what these announcements might entail just yet, and it’s likely we won’t know much – if anything – more before the festival rolls around – but it’s exciting news for RPG fans, with news on two of the studio’s big titles to look forward to.

We'll be there, alongside all our friends! You'll find out why… soon. 💛💛💛 https://t.co/IgJ7Uabke9 https://t.co/bq1FPWNRBI

There will be a (couple) Divinity announcement(s) in this, alongside Baldur's Gate 3. Gotchu fam.

Guerrilla Collective kicks off June 6 and takes  place over three days, with broadcasts going live at 10:00 PDT / 13:00 EDT / 18:00 BST on Twitch and Steam each day. There’s no exact Baldur’s Gate 3 release date to scribble down on our calendars just yet, but it’s due to hit early access sometime later this year – hopefully we’ll find out when during the virtual festival next month.