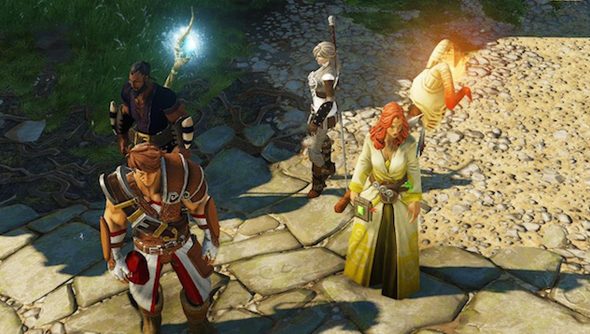 There’s a strange chemistry at work in Divinity: Original Sin. Every turn in combat is a chance for experimentation – a test to see whether you’ve remembered the correct combination of spells to send those skeletons to the incinerator in a staccato sequence of acid-fuelled explosions.

You can plan the makeup of your party and scour wikis for help – but in the end, it’s trial and error that leads to mastery over all the elements. The same has been true for developers Larian: custodians of an RPG series that began a decade ago as the boxed equivalent of damp orcs but has now been electrified. Original Sin is a lightning rod for the genre. 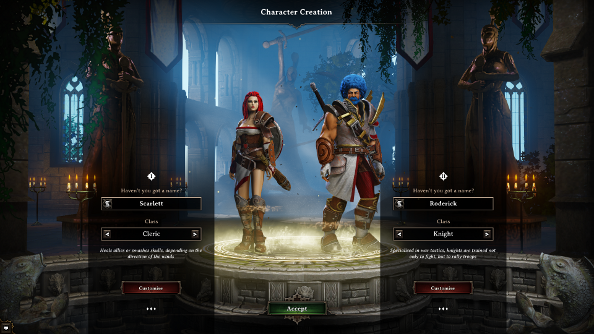 Released in 2002, Divine Divinity was one part Ultima VII, two parts dulled Diablo. A publisher convinced that alliteration was the way to market success piled on the milestones – leading to a campaign artificially elongated by gruelling dungeons. The game’s merits were obscured: isometric maps that spanned hundreds of thousands of screens, an unparalleled level of interaction with the environment, and a flippant sense of humour.

The series since has seen some success, but been largely representative of the noughties squeeze on RPGs. Divinity II followed BioWare, Obsidian and the rest in the move to full 3D – but cost Larian three iterations and six years to get right.

Original Sin was designed to be something better. Built on the studio’s own time and funds, it promised a refined formula with the compromise boiled away. It would take the same essential structure of Divine Divinity – four mammoth maps packed with feuding factions, urgent requests and tactile barrels – but filter out the essence of action RPG and replace it with party combat. Battles deeper than those seen in Baldur’s Gate or Dragon Age, by virtue of being turn-based and beholden to a rock-paper-scissors chart of the elements. 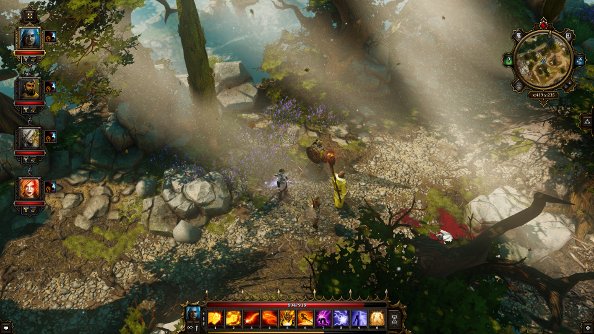 It only bloody worked. To play Divinity: Original Sin is to willingly fall into a pillow-sucking deep sleep from which you wake up exhausted but profoundly satisfied. Even chance encounters with the undead on the fringe of port city Cyseal can easily take an engrossing half an hour to resolve, and inventory management asks for the skillset of a real manager – delegation, patience and good planning.

Like an oil surface lit with a fire arrow, it’s slowburn stuff – but the payoff is that you get to teleport a poisoned cultist into the flames and see him pop like a sausage along with his brothers. In Divinity, each choice weighs heavier and every victory tastes better than in any other contemporary RPG you could name.

The whole thing is buoyed along by copious amounts of breezy, funny dialogue that Larian seem to have learnt from nowhere. You’ll want to stop by every NPC to mine them for unique lines – lore leavened by a poetical bent and run through by – ironically enough – clever alliteration. Some of the best is reserved for the rats and other critters that bounce about Rivellon, and read only by players who’ve selected Pet Pal from Divinity’s Fallout-like list of traits. You won’t need to delve into the in-game libraries to find literary flourishes – like Baldur’s Gate 2 and Planescape Torment before it, Divinity makes a virtue of its lack of VO. 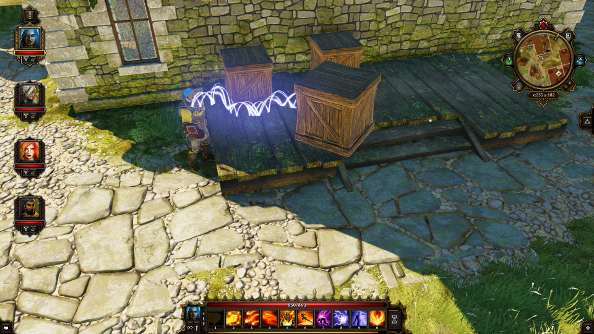 Original Sin’s virtues do come with a side order of sacrifice. The game is tough as nuts. As in any deep sleep, you can find yourself grinding your teeth to bonedust fit for potion-making. And Larian are so philosophically set against player direction that I was able to push accidentally from Divinity’s first act straight into its third without correction – bringing impossibly strong enemies down on my party’s underlevelled helmets.

Should it be possible for a player to lose hours to such a frustrating pursuit? Perhaps that’s just the natural cost of scores of hours spent in the company of an RPG that’s not just an interactive story, but a web of systems. The sort of systems that have been filtered out of the genre over the years: item theft, NPC murder, argument resolution, character temperature. Systems which, when combined, will leave you wondering at the limits of this wonderful RPG. How deep does Divinity go? After 70 hours, I still haven’t scraped the bottom.