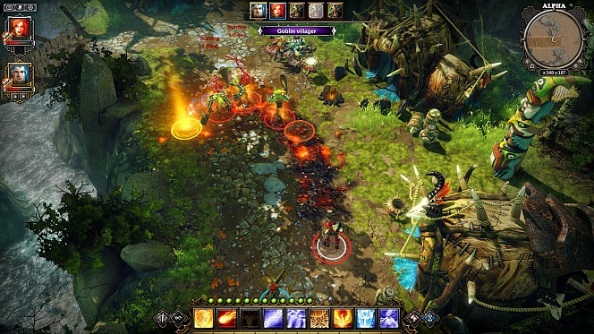 In the wake of the huge success that was Divinity: Original Sin last year, developer Larian has decided to bring an updated, enhanced edition to consoles. Since we on PC were instrumental in making that happen, we of course are not left out, and will also be receiving the shiny new version. We won’t be waiting much longer either: the game lands on October 27th.

Divinity: Original Sin is one of the best RPGs in years. But what other grand adventures are good? Find out with our best RPGs on PC list.

The Enhanced Edition is free to anyone who owns the game, and can be purchased as a new game for those who don’t. Among new quest, locations, new visual effects, and remastered voiceovers is a new interface and support for controllers, should you wish to take up classic RPG gaming in a new, sofa-featuring environment.

The date is primarily being thrown around for the console release, but Larian have confirmed on Twitter that this is the date for the PC release too.

If you’ve yet to play the wonderful Divinity: Original Sin, now is the perfect time to start. While it may be big (see: huge and massive), you’ve still got time to get it finished before the sequel hits. Our Fraser has been to see how Larian are getting on with Original Sin II, and found it an exciting glimpse into RPG future.