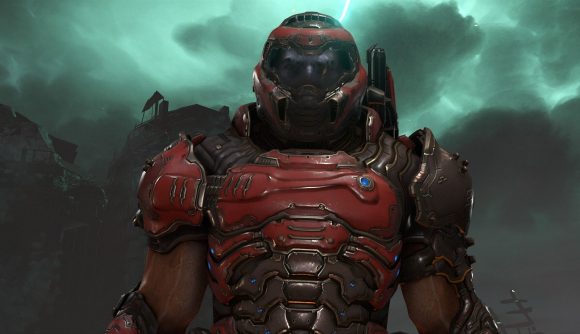 Doom Eternal is here. The FPS game’s long-anticipated launch day has arrived – but it looks like it’s brought more than just, well, Doom Eternal. Eagle-eyed players have noticed a retro-style PC in the Doomslayer’s Fortress hideaway, and on it seems to be (spoiler warning!) not only a fully-playable version of Doom (1993) but also its 1994 sequel, Doom 2.

That’s according to user Baboy1337 on Reddit, who identifies two things on the PC: “a playable Ultimate Doom” – an updated version of the original that includes an extra set of levels, titled ‘Thy Flesh Consumed’ – which they say is “by all means, a full game”. In addition, there’s another item locked behind a 12-digit code that players have to work out. Once you do, you’ll find it’s the second game in id Software’s long-running series.

PCGamesN was able to verify these on the Doomslayer’s very on old-school PC, which you can see in the screenshot below. However, we couldn’t get them to launch as they crashed each time, so it’s not clear yet just how complete the versions of the games are.

We’ve reached out to Bethesda for comment and to ask whether these crashes are known (and if so, whether we can expect a fix sometime soon). We’ll update this story with any new information. 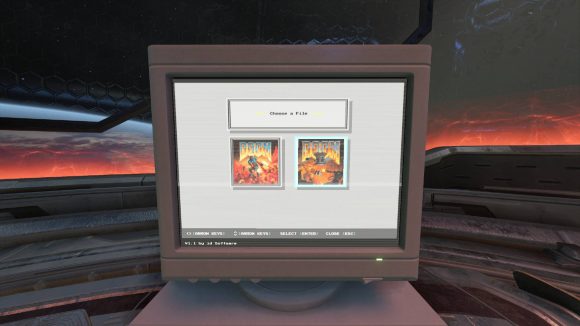 If you’re keen to go try jump into the original games yourself, though, we have a handy Doom Eternal secret PC password in Fortress of Doom guide that you can use to crack that code.

You should also check out our Doom Eternal review if you’re thinking of diving in but haven’t yet decided. In it, our very own Richard Scott-Jones calls it “purifying, cathartic violence”, and says that: “Id sometimes overreaches in expanding its most famous series, but it’s still made the best single-player shooter around.”