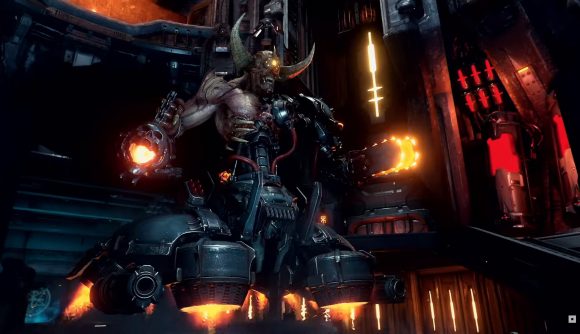 One of the first reveals for Doom Eternal at this year’s QuakeCon was a new demon in Hell’s rogue’s gallery of fleshy monstrosities. When Doom Eternal launches in November, players will have their first chance to meet the Doom Hunter, a massive horned monstrosity that skates around on a floating hover platform.

He’s a big boy, as you can see in the video below. The lad is apparently some kind of science experiment gone either very wrong or right, and his top half slots into the bottom hovercraft bit via some kind of infernal USB interface.

In terms of armaments, well, take your pick. The Doom Hunter is equipped with some BattleTech-style short-range missiles, plus a duallie pair of super-heated chainsaws on his left arm. I have it on fairly good authority that his teachers have described him as a “biter.” He’s also got a nice pair of Texas longhorns on his wretched skull, which probably are not strictly decorative.

He’s not a boss, which you can see from the reveal footage. Just like any other standard demon in Doom, if you get his health down low enough you can go in for the glory kill. 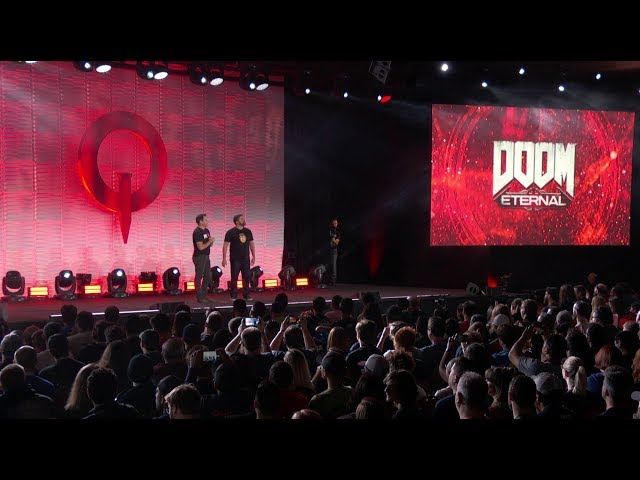 A charming fellow, yes? Let’s have another look at that smile: 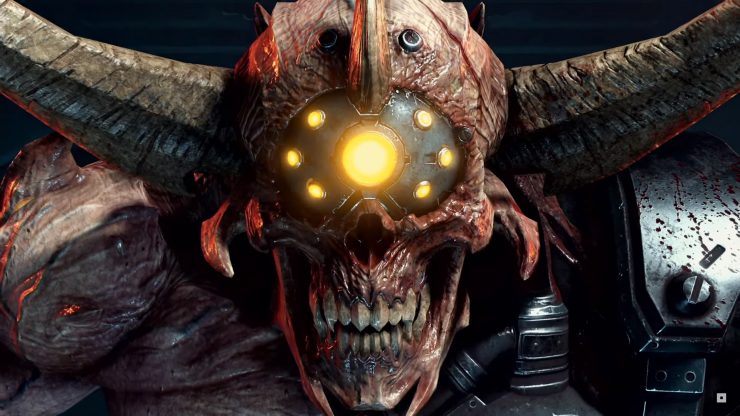 Doom Eternal players will of course be squaring off against this absolute unit of a lad in the campaign when the game comes out November 22, but the kicker is that you’ll also be able to control this sweet baby boy yourself. He’s one of the five demons in the lineup of playable antagonists in Doom Eternal’s new Battle Mode.

QuakeCon is running this weekend in Austin, Texas. We’ll have more coverage of the event right here, so be sure to check back on the reg.