The second level doesn’t have too many tough to locate collectibles compared to some of the later levels, but it’s easy to get tunnel vision and miss an obvious breakable wall or hidden area. You’ll need to keep your eyes peeled for breakable walls, hidden climbing spots, and monkey bars that lead to nowhere. Pro tip: set your gamma a little higher than you normally would to make spotting breakable walls that bit easier.

We’ve also ignored any of the collectibles that are on the main mission path as you’ll spot these easily. 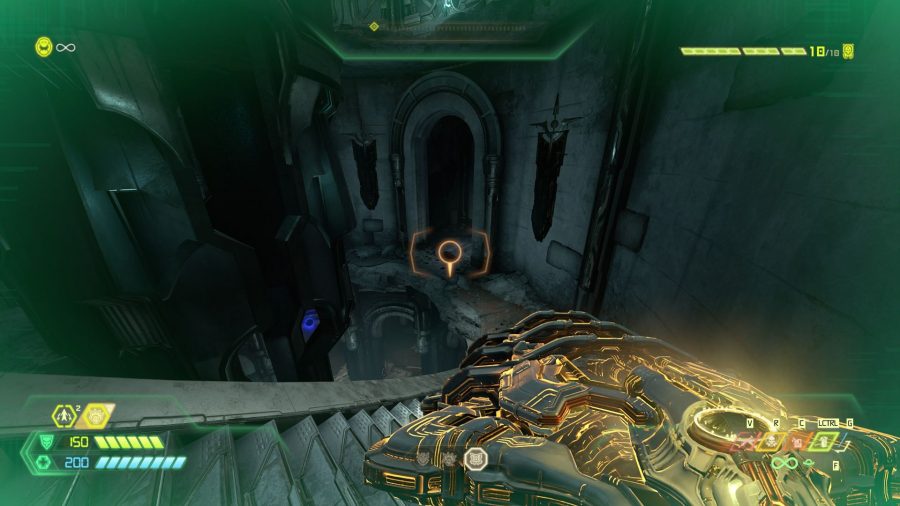 This toy can be found in the cylindrical chamber just after finding the Rune and dodging the electric traps. There is a staircase that leads down to the main arena, but if you keep you eyes trained on the alcove at the bottom of the stairs there is a breakable wall on the left. Smash and grab. 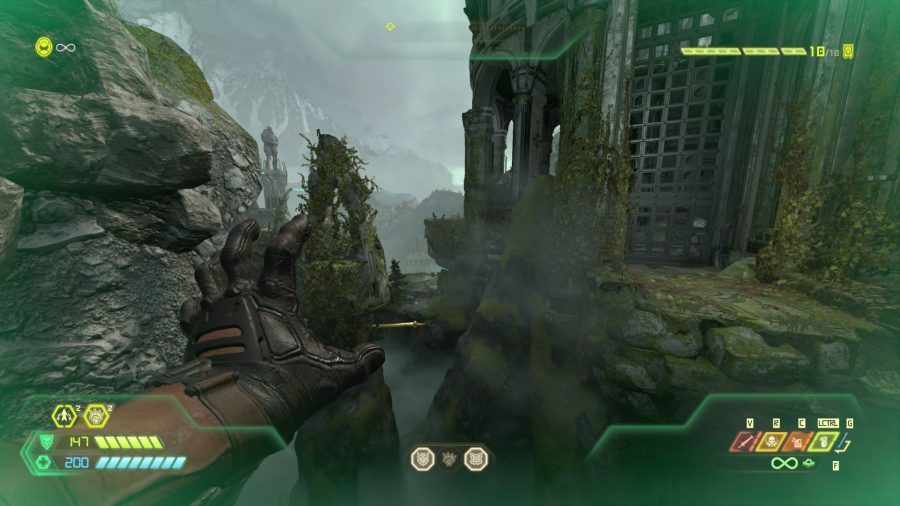 After completing the first exterior arena fight you’ll head outside and see a couple of monkey bars and a climbing wall, when you reach the climbing wall do a 180 and you should spot a codex entry that was locked behind a portcullis. 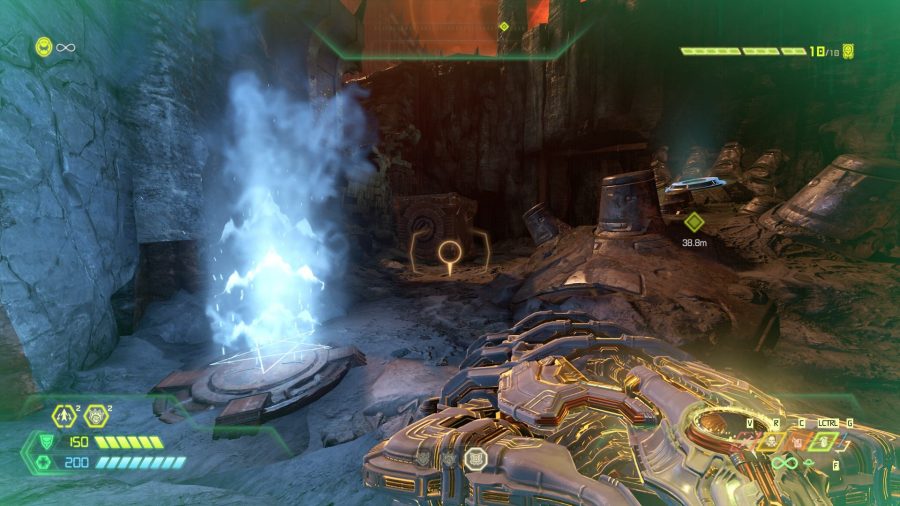 When you complete the first battle in hell you’ll need to power up a massive mech arm with a sentinel battery. If you’re looking down the severed mech arm then there’s a punchable crate to the left. Punch it. This reveals a tunnel and at the end of this tunnel is the hidden soundtrack. 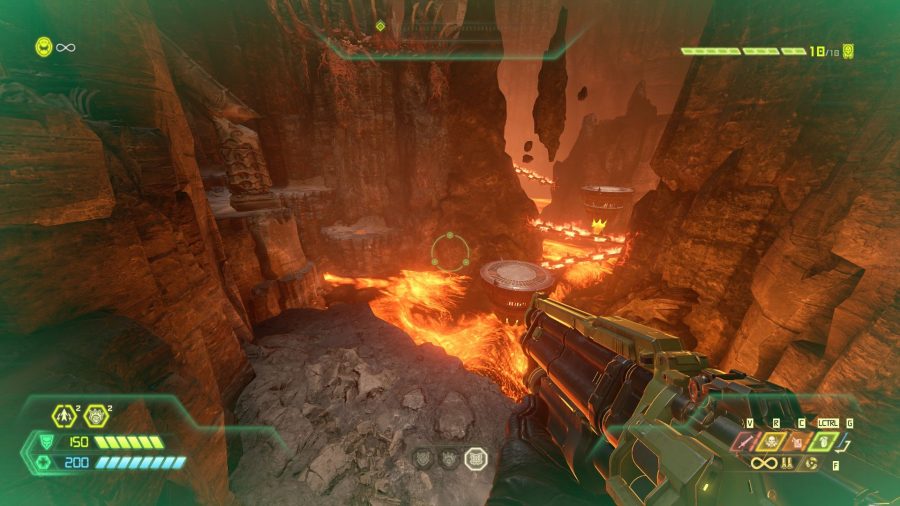 In the hell area with the floating platforms, look to the left as you platform above the lave and you’ll spot a small ledge that you can hop over to in order to grab a hidden codex entry. 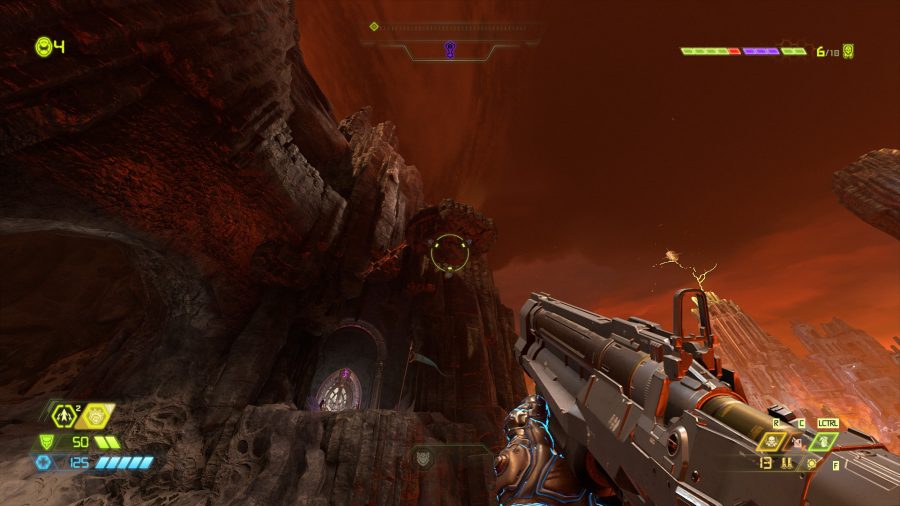 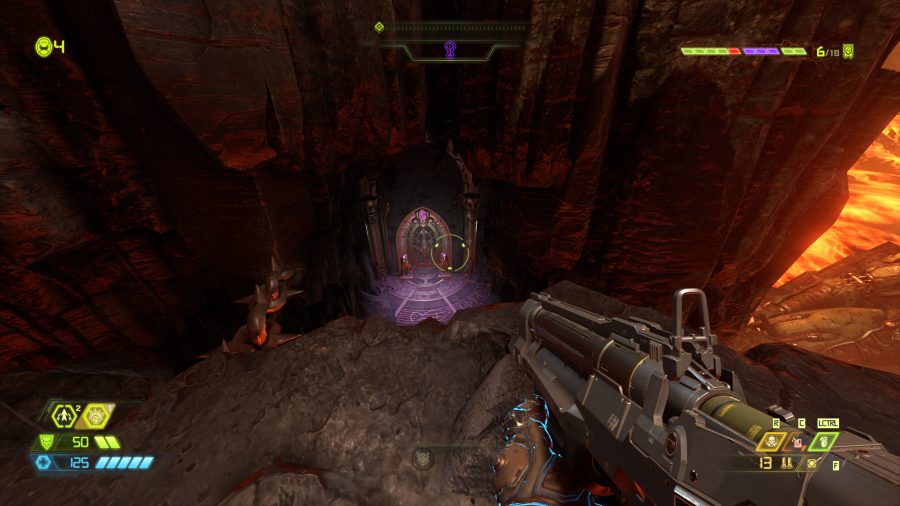 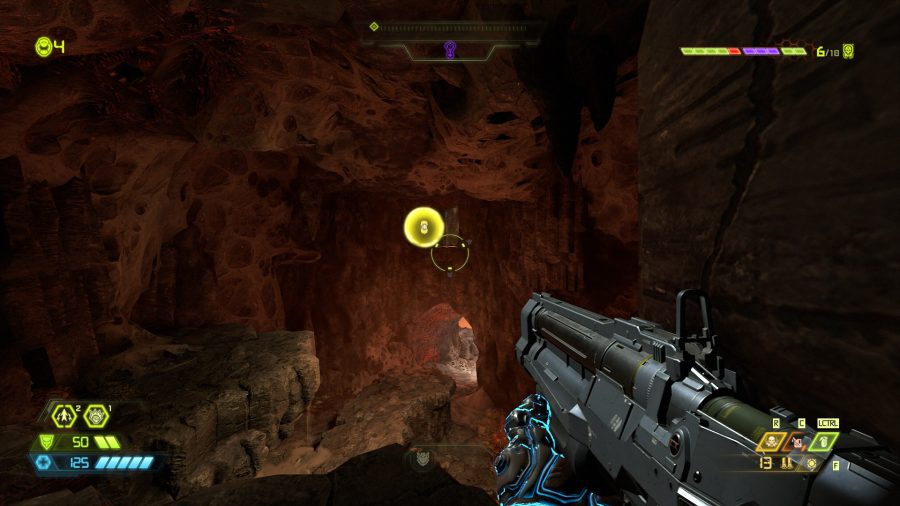 In the same area, head into a cave, climb up three platforms and then turn around to see a dash refill powerup – cross this gap and look down to find the Slayer Gate Key that can be used on the gate just below it. This will grant you one Empyrean Key. 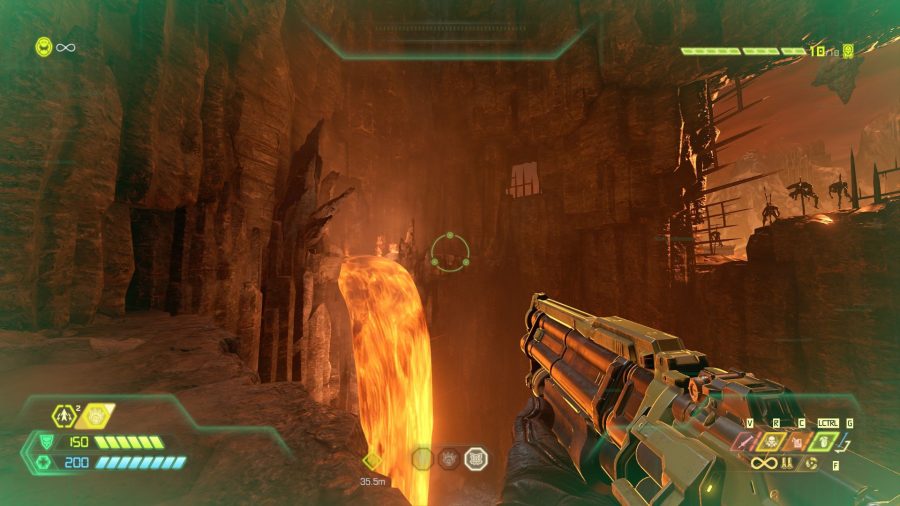 In the area with the two electric trap gateways there is a ledge with a stream of lava gushing over its precipice. Gap across to this ledge and explore the back wall for a nook that hides a secret Doom Eternal toy.

We’ve also got a full breakdown of the Doom Eternal Hell on Earth collectibles and secrets, plus a guide to unlocking the old school PC using a secret password in the Fortress of Doom.