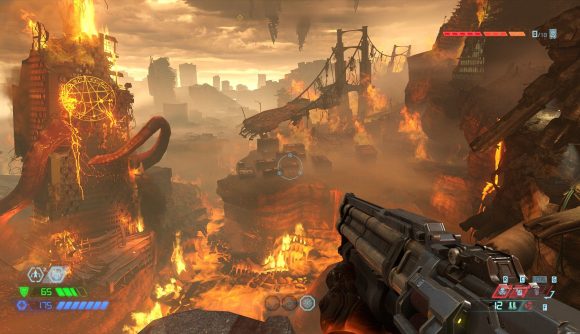 Doom Eternal is chainsawing its way onto Xbox Game Pass for PC this week, as promised. Id Software’s high-octane follow up to 2016’s Doom reboot arrives on the platform December 3, so subscribers will be able to dive into the FPS game’s vision of hell on earth before long.

Doom Eternal has been on the Xbox’s own version of Game Pass since October, shortly after the announcement that Microsoft was buying Bethesda’s parent company, ZeniMax Media.

Xbox boss Phil Spencer said at the time that we could expect more of Bethesda’s “iconic franchises” to make their way to Game Pass, and Doom Eternal’s arrival on Game Pass for PC seems to be in keeping with that pledge.

Check out this Doom Eternal mod that adds an endless horde mode, and one that adds more master levels, if you’re up for even more challenges while you wait for the release date of Doom Eternal: The Ancient Gods Part Two for further ripping and tearing purposes.