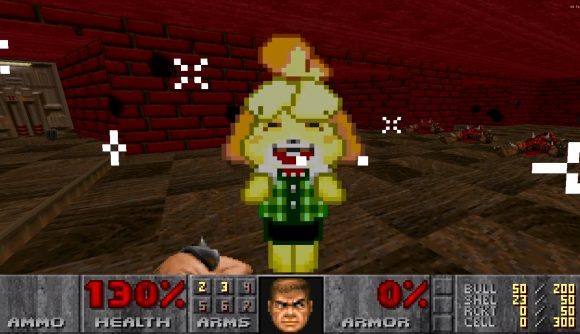 One of the more charming storylines in videogaming over the past few months has been the unlikely pairing of the Doom Slayer and Isabelle, the wholesome and helpful Shih Tzu of Animal Crossing fame. Both Doom Eternal and Animal Crossing: New Horizons launched at the same time this past week, and the odd confluence wound up inspiring a ton of surprisingly heartwarming fan art of the Slayer and Isabelle as dear friends. Now, a modder has brought Isabelle to life as a helpful companion in Doom II.

The Isabelle companion mod is compatible with GZDoom, a port that runs classic Doom games on modern hardware and OpenGL. Once it’s installed, you’ll be able to bring Isabelle, lovingly-rendered as a 2D sprite, along with you in your adventures through Doom’s original demon-infested battlegrounds. Don’t worry, though: Isabelle is impervious to enemy damage, and will give any demons who get close a healthy thwack as long as you’ve got her in active mode. She also has a confetti-based attack, and the mod includes appropriate sounds and chatter – it’s just great.

Like Elizabeth in BioShock Infinite, Isabelle will periodically toss you healing items to give you a boost when the going gets tough, and when things quiet down she has a few cute little idle animations. She’ll start sweeping the floor, for instance – which is a pretty hilarious thing to do during a demon invasion. 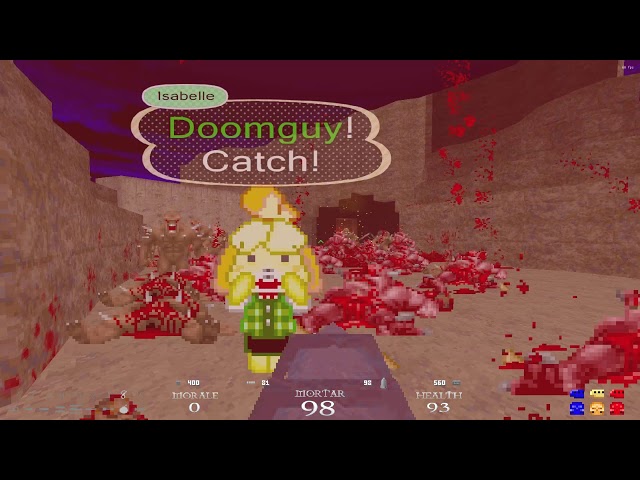 To download the mod, head over to ModDB, after you’ve set yourself up with GZDoom. While you’re there, you can also check out modder Veronica Speedwell’s other Doom creations, which include companions from Toby Fox’s Deltarune.

If Doom Eternal has been your first taste of the classic shooter, don’t worry: you can get caught up with the original Doom and Doom 2 in the Slayer’s Fortress hideaway. Read our guide to find out how to unlock them on the Slayer’s old-school PC.