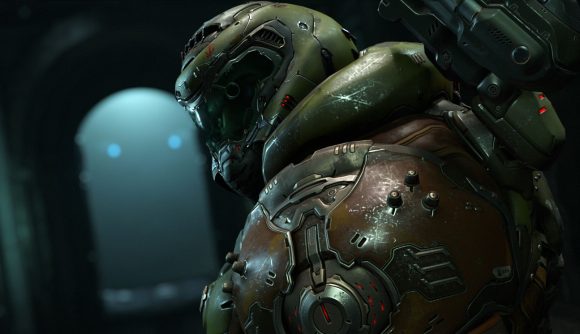 One of the more surprising tidbits of information to come out of last year’s E3 was that Doom Eternal would not have a Deathmatch multiplayer mode. Fans are surprised as the popular PvP format wouldn’t exist had Doom not invented it in 1993.

E3 2019 was some time ago, but Bethesda remains confident that it made the right call as the Doom Eternal release date draws near. Shack News asks the publisher’s senior vice-president of marketing and communications, Pete Hines, if he’s concerned about Doom Eternal missing out on the mode, given the criticism Doom 2016 faced for not having Deathmatch at launch.

“No. That mode is eons old,” Hines says. “The biggest problem we thought we had with Doom 2016 was that [multiplayer] wasn’t done at id, and felt really disconnected from the base game that everybody loved. Whether you’re playing by yourself or with others, we want it to feel like you’re all playing the same game.

“That’s as opposed to, ‘I’m a badass demon slayer in single-player, but when I go over to multiplayer, there are no demons, and it’s just Deathmatch.’ I don’t know what that has to do with [Doom] other than that, well, a couple of decades ago we had that, so we should just have that again.”

The concept behind Deathmatch is fairly simple. You chuck a bunch of Doom Slayers onto a map and see who reaches the set amount of kills first. You can see why players are fond of it, though. While Quake continues to offer up some of the finer Deathmatch modes available, the mode still comes from Doom.

That’s not to say that Doom Eternal is light on multiplayer. Battle mode is an asymmetrical multiplayer mode that puts one player in control of the Doom Slayer, and then pits them against two demons that are controlled by two other players.

Elsewhere in Doom Eternal land, though, things look just fine. Dep ed’ Rich played through the game’s core campaign and gave it a 9/10 in his Doom Eternal PC review. “Id stumbles very occasionally in its ambition to expand on 2016, but you won’t care when you’re enjoying the best combat in shooters,” he says. “Pure, animalistic catharsis.”