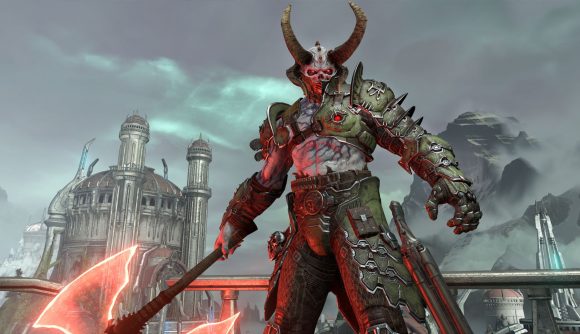 QuakeCon 2019 is upon us, and it’s kicking off in style with Bethesda’s keynote address. The big focus looks to be on Doom Eternal and its asymmetric multiplayer battle mode, but there’ll likely be a few surprises – though if the leaks are anything to go by, those surprises won’t mean much to PC players. Nonetheless, a fresh look at the new Doom’s multiplayer should be worth checking out.

The keynote begins at 9:00 PDT / 12:00 EDT / 17:00 BST on July 26 – in other words, just a few minutes from now as this story goes live. You can head to Twitch if you want to log in to view it, which will grant you bonus Twitch drops for The Elder Scrolls Legends, Rage 2, and The Elder Scrolls Online. Otherwise, you can see the stream for yourself below.

Bethesda’s social media has promoted this primarily as a showcase for Doom Eternal’s battle mode, which the game is pursuing in lieu of traditional deathmatch multiplayer, though there’s certainly room for news on other Bethesda titles.

A Nintendo store leak suggests that Doom 1, 2, and 3 will all be released for the Switch today, too, though whether there are any other surprises in store remains to be seen.

Either way, you can check out the stream above.

The Doom Eternal release date is set for November 22, and you can follow that link for much more on what we know about the game so far.