Doom Eternal is, at its heart, a game about seeing what demons look like on the inside. Thus, anything that adds a bit of pizzazz to that process is generally welcome, and that’s certainly the case for the upcoming ray tracing mod for Doom Eternal. The mod adds a host of new visual effects to Doom Eternal that mimic the hardware-powered ray traced global illumination you see in RTX-enhanced games, plus some aesthetic pops of its own.

Modder Massihancer has done several similar mods already: he’s the fellow responsible for the ray tracing mods for Resident Evil 2, Resident Evil 3, and Doom (2016). So it’s no surprise that he’d eventually turn his attention to id Software’s latest outing, and you can see the results below.

Massihancer tells us that he’s not using the RT cores on his RTX 2080 ti to achieve the effects you see in the video – rather, he’s added a host of new reflections in post processing to create effects similar to RTX-powered ray tracing. The mod also adds improved details, sharper textures, and Gaussian blur, which provides a subtle filmic impression to scenes.

Here’s the video, which highlights many of the improvements the mod makes: 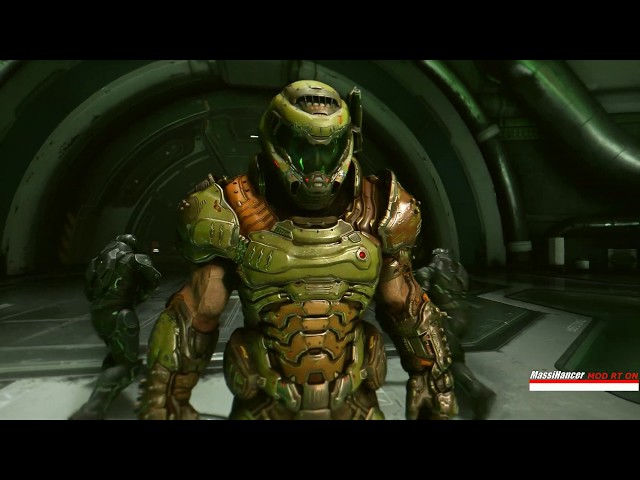 A lot of the changes are aesthetic, and as such may not be for everyone. Color saturation is cranked up, and Doom Eternal is already borderline garish at some points – so it’s a personal call as to whether this is a straightforward improvement.

Still, the side-by-side comparison shots make it hard not to come away with the impression that vanilla Doom Eternal looks surprisingly flat. The squidgy sound effects just seem to splorp all the harder when the infernal viscera looks this vibrant, you know?